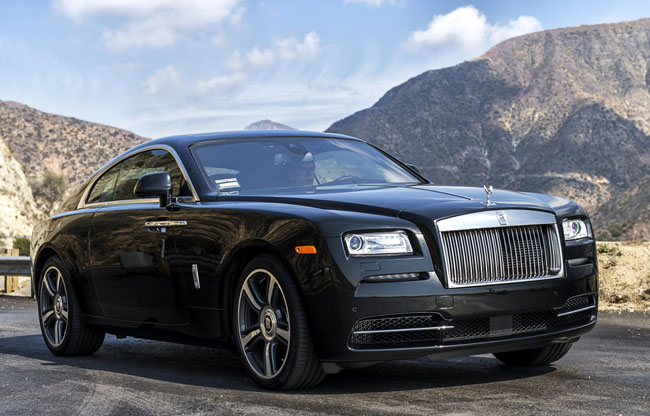 The groundbreaking Rolls-Royce Motor Cars Wraith launch film, ‘And the World Stood Still’, has been accepted into the BFI (British Film Institute) National Archive, the world’s most significant collection of film and TV. To celebrate the event, Rolls-Royce Motor Cars has created Wraith ‘Inspired by Film’, which will debut at the 2015 New York Auto Show tomorrow, 1 April 2015.

The film, which won a Gold Award at the 26th International Visual Communications Association (IVCA) Awards, caught the attention of the BFI’s Senior Curator for Non-Fiction Films, Patrick Russell, who considered it a striking piece of contemporary cinematography and so decided to accept it into the archive. 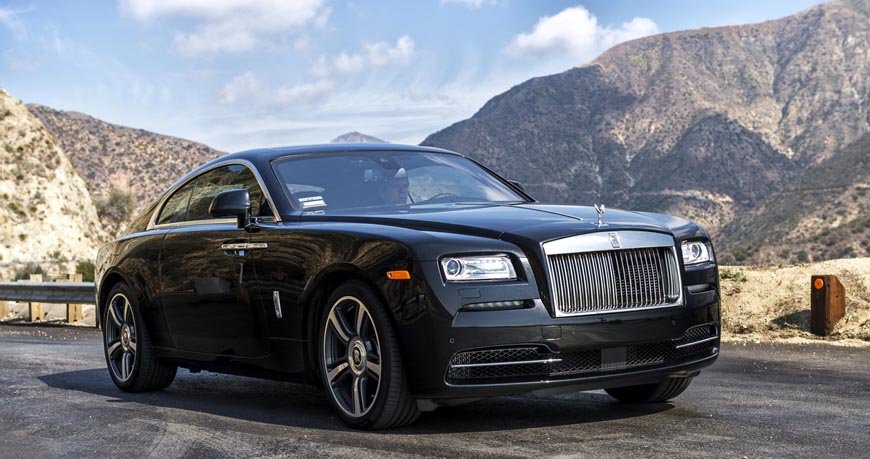 “We are delighted to see Rolls-Royce’s Wraith launch film enter the BFI’s collection,” commented Russell. “We selected it for preservation as it is an outstanding and award-winning example of modern corporate promotional filmmaking. It’s a powerful use of the film medium for product launch purposes, executed with impeccable craftsmanship.” 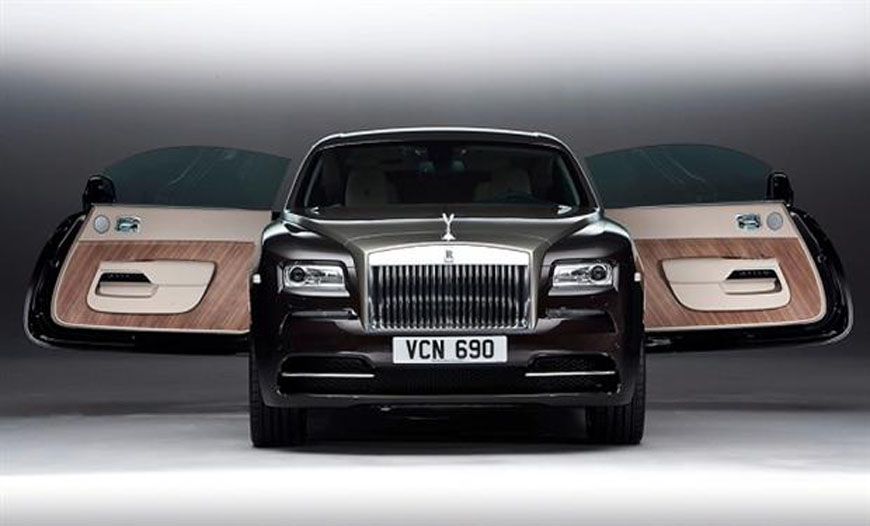 Marc Mielau, Global Head of Marketing, Rolls‑Royce Motor Cars, said, “It is a great honour to see ‘And the World Stood Still’ accepted into the BFI National Archive. It is testament to Rolls-Royce’s unique position in the public consciousness as the makers of ‘The Best Car in the World’ and the passion, innovation and creativity of the entire team involved.” 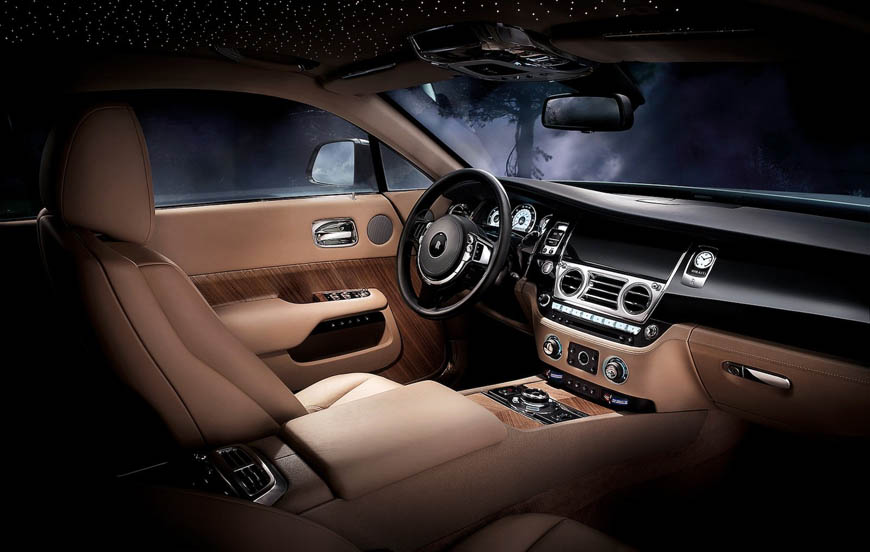 The film, ‘And the World Stood Still’, introduced Wraith as the most powerful and technologically-advanced Rolls-Royce in history. Filmed at a secret location near Barcelona, the shoot included an innovative ‘Timeslice’ (frozen time) sequence created using 100 SLR cameras; the longest purpose-built camera rig in Europe; an award-winning film director; 36 computers; 1.5km of cables and one prototype Rolls‑Royce Wraith. A behind the scenes film was also launched after the Company was inundated with requests from fans across social media networks worldwide.

Continuing the theme of “And the World Stood Still”, this Wraith is a true hero car, hinting gently at the (film) noir through a number of unique Bespoke touches. Life imitates art as the silver screen is reflected through a unique two-tone Silver and Jubilee Silver paint scheme, whilst a solid-silver hand-cast Spirit of Ecstasy plays the femme fatale to the leading man, as he follows in her wake on an unexpected adventure every time he takes the wheel. 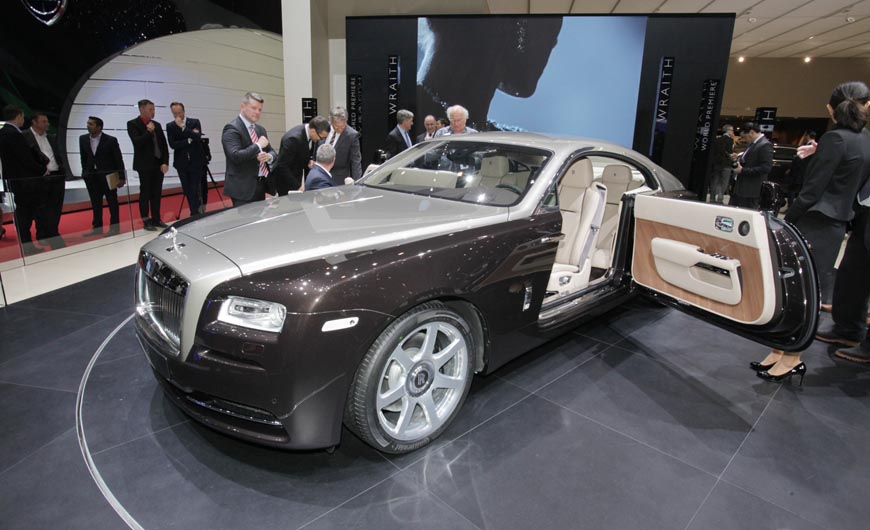 Wraith’s coach doors open to reveal the hero’s interior life, which proves more colourful than its exterior would suggest. The Anthracite leather interior accented with Casden Tan exudes confidence and power like a modern super-hero’s costume, whilst its steely character is suggested by a pin sharp aluminium band shooting through the Maccassar Ebony open pore panelling.

Wraith is the most powerful Rolls-Royce ever made. Performance complements the drama of exterior styling as a shorter wheelbase, wider rear track and 624 bhp/465 kW derived from the twin turbo V12 and a 0-60mph of 4.4 seconds (0-100kph, 4.6 seconds) give expression to the car’s dynamic looks. The swept lines of the fastback body of Wraith, a style whose origins can be found in the 1930s era of film noir, most clearly signal its purposeful character. 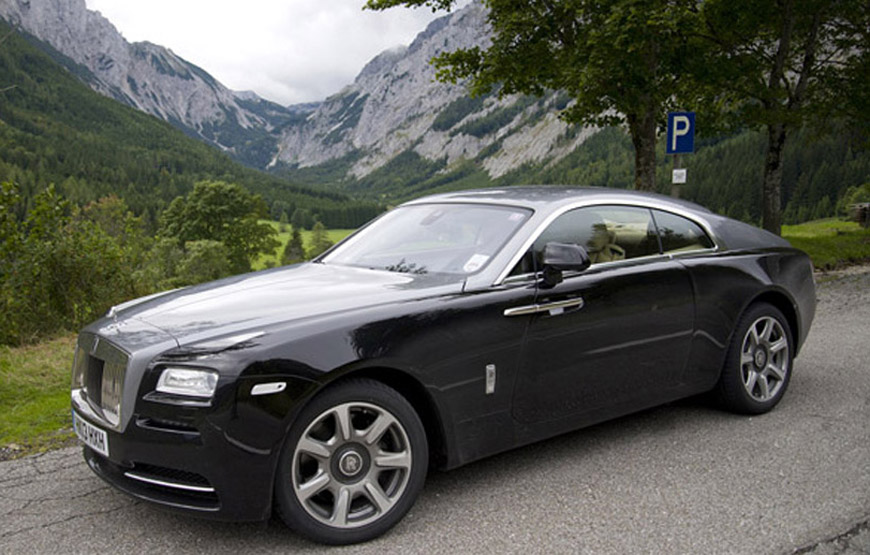 Wraith ‘Inspired by Film’ will debuts tomorrow at the 2015 New York Auto Show and will be available to order from Rolls-Royce Motor Car dealers around the world immediately after.