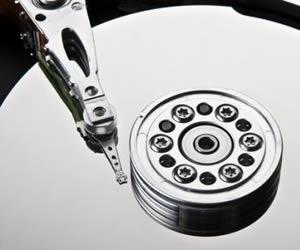 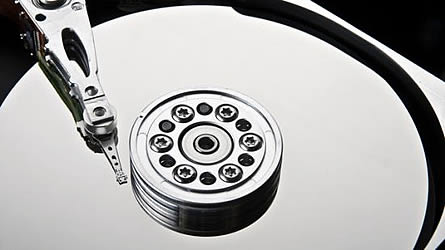 Seems like, now, one doesn’t need to worry about backing up the important data in one or the other storage mediums, as a team of scientists have created a sapphire disk drive, inside which the data is engraved with the use of platinum, and will survive for 1 million years. The project was actually born when nuclear waste repositories builders realized the serious need to preserve reliable records of what exactly they have buried and where, not for a few-years, but for tens of thousands of years. But, not everyone can afford it, as the prototype disk only costs $30,000, making it one of the most expensive hard disks.

Most of the countries with nuclear power stations do agree that the solutions for dealing with long-lived nuclear waste is to store it 500 meters deep inside the earth. But, the most uncontrollable factor of concern among the nuclear scientists is the archaeologists of the future or others with a strong penchant for excavation and digging history and discovering new things. And, scientists believe that coming future will be radically different from today, and humans have no idea how humans will think in the coming thousands of thousands of years.

Made from two thin disks of industrial sapphire, about 20cm across, each of a single disk is able to store about 40,000 miniaturized pages. And, then the two disks are fused together molecularity. And, to read the stored data, all a future archaeologist would need to have is a simple microscope. Further, to test the durability and to simulate aging, the disk has been immersed in acid.

The nuclear agency ANDRA however hopes to demonstrate a lifetime of 10 million years.

This Diamond-Encrusted Gold Ring Has a Miniature Stonehenge in It