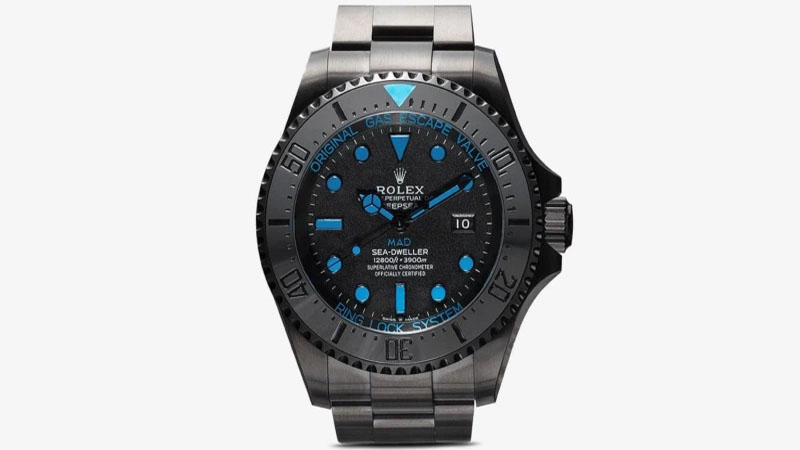 High-end watch sales may be down, but they’re not out, thanks to flush local customers and brands’ wholehearted embrace of e-commerce.

They come in gold, platinum and stainless steel and they might as well have a Teflon coating for their resilience during hard times. While high-end timepieces are certainly not immune to the coronavirus crisis — Swiss watch exports overall fell by 81.3 per cent in the month of April — their mystique, value and appeal to luxury consumers have been proving robust, even during the lockdown.

Watch sales were stung this year due to boutique, workshop and factory closures and the disappearance of Chinese tourists, who make up much of the demand. Yet they’ve been selling online to local consumers in the U.S. and the U.K., in particular, and despite the fact that people are more cautious about spending due to COVID-19.

In the month of April, as Swiss exports were crashing to a low, sales at the British multibrand retailer Watches of Switzerland — which carries a host of high-end names ranging from Omega, Rolex and Tag Heuer to the Richemont-owned Panerai, IWC and Vacheron Constantin — sales were up 82.5 percent.

Unlike many other retailers worldwide, the group was quick to leverage its e-commerce business, which pre-COVID represented 6 per cent of sales, and keep its web sites and 20,000-square-foot U.K. warehouse open for business throughout lockdown. The businesses are not reliant on tourism or passing trade either, with more than 80 per cent coming from the domestic customer, in the U.S. and the U.K.

Duffy said that locked-down consumers start shopping online “at 8 a.m., and it keeps going until 10 p.m. Every day is the same. What we are also finding — and I think this is true worldwide — there is a much higher level of conversion. There is less traffic, but the people who are coming want to shop. Higher conversion on reduced traffic is delivering good numbers for this industry generally, and we’re quietly confident about the category.”

Watches of Switzerland’s longest-standing, and largest, business is with Rolex — which does not sell online — but that little detail has not stopped its customers from reserving their Rolexes, paying deposits and preparing to collect their watches once physical stores reopen. “We’ve been in touch with a lot of clients, and we know we’re going to have some decent sales when the stores reopen,” said Duffy.

He added that business should also be robust with brands that only sell in physical stores or ones where demand exceeds supply, such as Rolex, Patek Philippe and Audemars Piguet. Selfridges has been adopting a similar strategy to Watches of Switzerland, leveraging its e-commerce site and taking orders for some watches ahead of stores here reopening on June 15.

Eleanor Robinson, director of accessories at Selfridges, said the demand for fine jewelry and watches alike remains “very healthy, particularly as both typically hold their value well over time, so they remain a sensible investment for those who can afford it.”

She said the store has been able to facilitate some sales during lockdown using its personal shopping service, with brands such as Audemars Piguet and Piaget seeing a “really impressive” performance over the past few months. “Where we haven’t been able to physically sell products from brands, such as Rolex, we have been capturing customer requests on a waiting list and expect a surge in sales as soon as we open.”

At Browns, which is owned by Farfetch, business has been particularly brisk for high-end watches that have been customized by third parties.

Ida Petersson, women’s wear and men’s wear buying director at the store, said the demand for fine jewelry and watches has steadily been increasing since lockdown. “The general pattern we’re seeing across men’s and women’s is that our customer is looking for investment pieces with longevity, mainly from the luxury brands they know and trust. We’ve noticed increasingly they have started to invest in customized fine watches with MAD Paris, 777, La Californienne and Jacquie Aiche leading the way.”

There are many forces keeping high-end watch sales afloat in this unusual year, when spending on personal luxury goods is expected to contract by between 20 and 35 percent, according to Bain & Co. Among them are rarity, longevity, value — and highly disciplined distribution strategies on the part of brands.

Asked in May what sort of watches have been selling — and why — Richemont’s founder and chairman Johann Rupert argued that investment value and novelty often play a big role in watches’ appeal. To wit, Richemont said that during the year, the new models performed particularly well — Panerai’s new Submersible Carbotech and A. Lange & Söhne’s anniversary editions of the Lange I.

In the 12 months to March 31, Richemont’s specialist watch sales fell 4 percent to 2.86 billion euros, but Rupert was decidedly sanguine. He said the watch business had been thriving through mid-January, and he was relieved he’d decided, a few years ago, to buy back excess stock, clean up the sales channels and simply make fewer watches.

In the past, he said, “it was as if there was no end to the market, and there was an incentive to sell in. Now there is a normal level for watches — like anything else that’s global. We [challenged] ourselves to understand that normal level so that we could engineer backwards, right into our factories, what we considered to be a normal demand. For the last few years, we’ve had a strict rule that we will not sell into the market more watches than are being sold out. We acted early enough, and the fruits of our labor are now coming through.”

Richemont isn’t the only watchmaker that’s been reining in production. Rolex has long played hard-to-get with its customers, with one watch executive in London describing the shortage of Rolexes as “severe” over the past 18 months. That’s one reason why some customers are so eager to get on those waiting lists, and pay their deposits on timepieces that cost thousands of pounds.

Rupert also believes the fundamentals of Richemont’s watch business are particularly strong: “I cannot remember any period where our inventory has been as clean. I don’t think [Richemont’s] watch business is in bad shape, or struggling. In fact, up to Jan. 15, it was performing very, very well.”

Like Richemont, Watches of Switzerland’s business was also growing before airport and high street stores locked down in late March.

The company said that for the seven weeks to March 15, group revenue increased ahead of expectations, rising 16.8 percent compared with the prior year. As a result of the store closures, and given that e-commerce represents about 6 percent of Watches of Switzerland’s global sales, the group said it expects total revenue for the year to April 26 to be between 809 million pounds and 812 million pounds.

Other industry leaders are not as upbeat as Duffy or Rupert, however, and are planning for extreme post-virus scenarios. “I’ll tell you in a year’s time if watches bounce back after this,” said one industry figure, who requested anonymity. “Instead of budgets for 2021, we’re doing ‘scenarios’ where sales are up 20 percent, or down 20 percent. I think we’ll have some visibility by October or November, but a return to 2019 levels? I think that would be optimistic, in the extreme,” the person said.

While watches will likely emerge from COVID-19 less damaged than other luxury goods, such as fashion and soft accessories, there is no doubt the dynamics of the watch business have changed forever. Many brands that had traditionally been resistant to e-commerce went online immediately due to all the physical store closures — Panerai, Vacheron Constantin and, Jaeger-Le Coultre among them — while brands and retailers alike have learned to forge ever-closer ties with customers.

Watches of Switzerland has been offering remote appointments to customers via an online concierge service, and Duffy said conversion rates multiply exponentially when customers know they can engage with a real person. Once the Watches of Switzerland stores reopen, assistants will also have access to Zoom technology, allowing them to offer a full package of digital services, tell brand stories and demonstrate the minutiae of watches to customers online, and offline.

Duffy, who’d already created a podcast series called “Calibre” in which he interviewed ceo’s and watch aficionados, said the pandemic has forced him to pivot temporarily to Instagram, where he’s recently interviewed industry figures including the ceo’s of Panerai and IWC, Jean-Marc Pontroué and Christoph Grainger-Herr, respectively, and Fabienne Lupo, who is head of Watches & Wonders Geneva and president of the Fondation de la Haute Horlogerie.

“The podcast had a really good following — with a lot of consumers and people from the trade and brands. We’re very deliberately building editorial credibility in the category. It’s not about ‘Here’s a product, why don’t you come down and buy it?’ There is an editorial emphasis in what we do,” he said.

Past podcasts have taken in the most famous watches in movies, from James Bond to “Apocalypse Now,” the history of divers’ and pilots’ watches, and entrepreneurs in the field, including George Bamford. Duffy is hoping that, before long, he’ll be back in the recording studio conducting his podcast interviews instead of multitasking as writer, presenter, cameraman and producer of the Instagram series.

Happy Birthday Johnny Depp: Owning an island to having fear of clowns; 5 things you didn’t know about the star