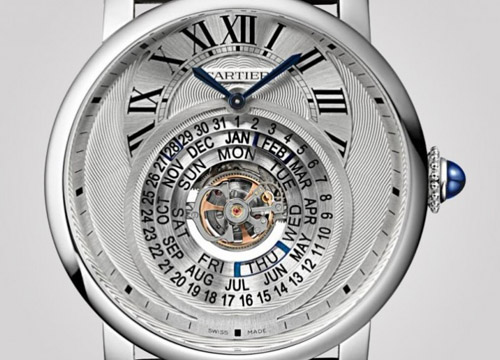 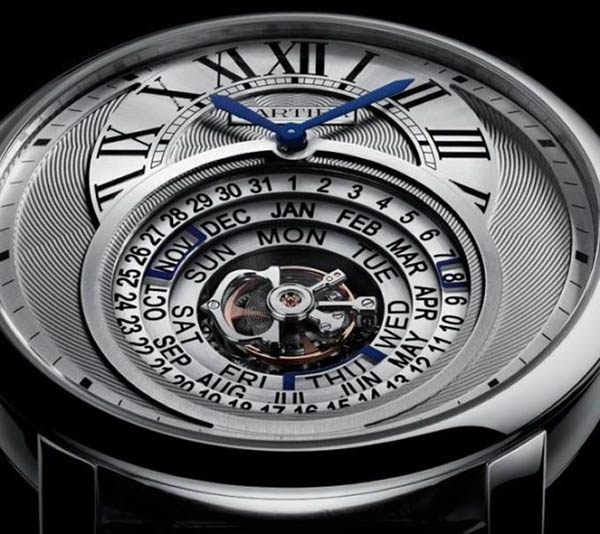 The timepiece features a 45mm x 15.7mm platinum case, with a concentric perpetual calendar, marked by blue brackets, wherein the day/date/month is displayed by means of rotating aperture. The leap year indicator is on the back of the watch on one of the movement bridges. At the center is a flying tourbillon with the Cartier “C”. 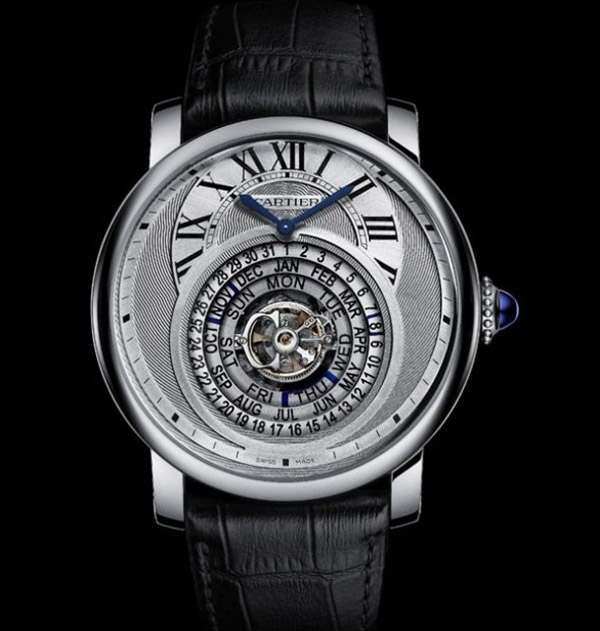 The calendar functions are set via the crown except for the day which is advanced by a pusher in the case. According to Cartier’s head of fine watchmaking, Carole Forestier-Kasapi, this is because day and date can never be synchronized and need separate mechanisms. In this movement, it is driven by a star wheel and can be manipulated by a secure corrector at two o’clock. By replacing spring-and-lever system with an innovative wheel driven system, the movement yields a whopping 80 per cent gain in chronometric stability.

The Rotonde de Cartier AstroCalendaire bears the prestigious Poinçon de Genève and both its movement and case are individually numbered. With a 50-hour power reserve, this timepiece is limited to only 100 pieces and retails for around €150,000 or $200,000 apiece.