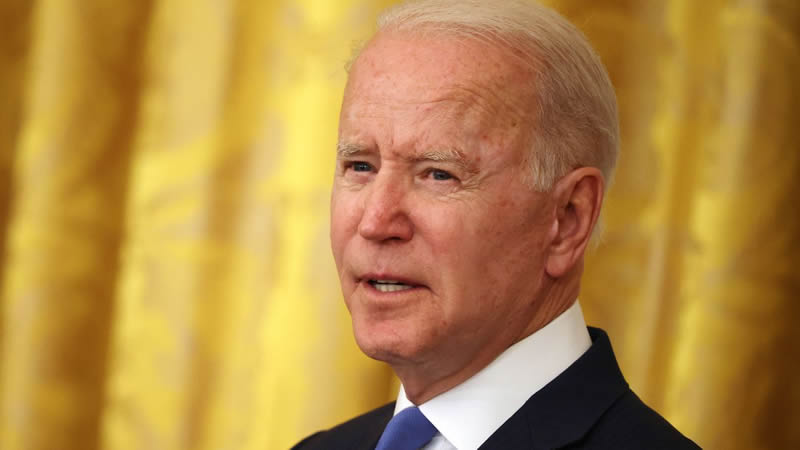 President Joe Biden has a history of exploding in anger when faced with unwanted questions, particularly those questioning the Biden family’s ties to corruption.

Biden has consistently used anger to avoid questions he doesn’t want to answer throughout his presidential campaign and into his presidency. Biden has used his defensive anger at least five times when questioned about his family’s financial dealings, according to the Republican National Committee’s research team on Monday.

“Get your words straight, Jack!” Biden shouted at a voter on the campaign trail. “No one has said my son has done anything wrong and I did not on any occasion.”

Why does Joe Biden get so defensive when Hunter is brought up?

Biden’s history of anger flashes is a common feature among elderly males with senility, according to Tucker Carlson. “Uncontrollable flashes of anger are common among people who are aging, particularly among men, and they often accompany senility,” Carlson explained last week. “Losing it is a very frustrating experience and your heart goes out to anyone who is.” Biden seems aware of his anger issues for which he has once apologized.

The Biden family business is only one of the topics that irritate Biden. Biden has been upset by inflation, Russia’s invasion of Ukraine, election integrity, and his own mental health.

Before his presidency, Biden almost lost it when he was asked about his mental health during the 2020 campaign. Biden grew angry and popped off, “C’mon man. That’s like you saying before you got on this program you take a test where you’re taking cocaine or not?” he asked the interviewer. “What do you think? huh?”

“Are you a junky?” Biden asked meanly.

Biden has lost his cool several times in the last few months of his administration. He became angry with a reporter in January when asked about his comparison of those who oppose federalizing elections to segregationists.

“Go back and read what I said,” Biden shouted with a threatening voice:

Biden also snapped in January when he was asked about his 40-year-high inflation. “What a stupid son of a bitch,” he said of a Fox News reporter.

“I’m sick of this stuff… people think the reason for inflation is the government spending more money,” he angrily said another time about Bidenflation.

Since Russia has threatened and invaded Ukraine, Biden has become more temperamental. When asked at the beginning of the conflict why he was “waiting on Putin to make the first move,” Biden responded by again snapping at the reporter’s “stupid” question.

“What a stupid question,” he answered.

REPORTER: “Why are you waiting on Putin to make the first move, sir?”

Biden’s cognitive abilities showed no signs of improvement only two weeks ago. Biden made claims that the White House later walked back via press releases three times in a matter of days.

When asked last week if he regretted some of the statements his administration had to retract, such as the assertion that Russian President Vladimir Putin must be removed from power, Biden said he was not going back on his word.

On national television, he assured a reporter, “I’m not walking anything back.” It’s not clear whether Biden was unaware that his administration had issued a retraction or whether he disagreed with it. In any case, European leaders criticized Biden for his remarks, which may have encouraged Putin.

This isn’t the first time Biden has gone against his own president’s policies. During a trip to Europe two weeks ago, Biden said that sanctions were “never” meant to prevent Putin from invading Ukraine.

“I did not say that, in fact, the sanctions would deter him [Putin],” Biden said in contradiction to many of his administration officials.

The polls may be the best indicator of Biden’s mental capacity. Fifty-eight percent of Americans say Biden should be subjected to a cognitive examination. Less than 25 percent of voters think Biden is mentally fit, healthy, and stable.

54 percent of adults believe Biden is not mentally capable of serving as president. Only 29% of Americans think President Joe Biden will run for re-election in 2024.

38 Republican lawmakers, including Donald Trump‘s former White House physician and now-Rep. Ronny Jackson has applauded the polls (R-TX). Concerns that Biden might have Alzheimer’s disease led lawmakers to demand in writing that he take a cognitive test in February.

Noting Biden’s “changes in mood and personality” and “forgetfulness,” the lawmakers said Biden’s cognitive ability has been declining and “is not just a recent trend” but has become more apparent “over the past two years.”

Stimulus Check Update: Americans Haven’t Given Up Yet