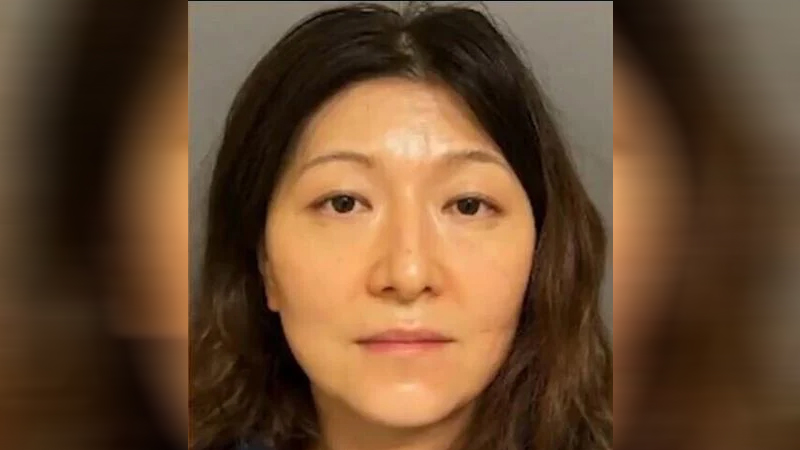 IRVINE, California (KABC) — An Irvine dermatologist was allegedly seen on a hidden camera pouring drain cleaner into her husband’s cup at least three different times, according to court documents.

Yue “Emily” Yu, 45, was arrested last week on suspicion of poisoning her husband after he gave authorities video evidence.

Now that restraining order he obtained against her has made that evidence public.

According to the order, Yu continued to treat her husband and their two children physically and verbally.

The temporary restraining order was approved by the court, and on August 18 a hearing for the permanent order was set.

On the same day he asked for the restraining order, the husband, a radiologist, also filed for divorce.

“Both children have suffered physical, verbal and emotional abuse” the documents allege.

Other excerpts from the documents:

“Emily often uses sleep deprivation to punish (the children). When the kids fall asleep without her permission, even after 11:00 p.m., she would wake them up, demand that (they) go to her room, shut the door, and make them cry.” “After the children were born I became concerned about Emily’s behavior. Not only was she very demanding of me that I give her massages – one time when I could not because I was sick she stepped on my head until I did – and also began hiding money from me.” “When Emily gets frustrated and yells at the children she’ll commonly use a Chinese phrase that translates to “go die!” She also says to the children “your head has a problem” “your head is sick” “go (expletive) yourself” “(expletive) idiot” “stupid (expletive) ” and “get the (expletive) out of my way.” The poisoning apparently began in March, the husband said. He started noticing a chemical taste in his lemonade, which he drinks hot. A doctor diagnosed him with two stomach ulcers, gastritis, and esophagitis.

He put cameras in their kitchen because he was suspicious of his wife.

According to the photo provided to the court, Yu is seen taking a bottle of drain cleaner—possibly Drano—from under the sink and pouring it into a cup. She can be seen placing the cup on a table next to her husband in at least one photo.

Yu was taken into police custody after he reported the incident to Irvine police.

She allegedly called her husband to post bail, but he refused.

According to Yu’s defense lawyer, the accusations are false.

Kevin Federline Posts Videos Of Britney Spears Arguing With Their Sons: “treat me like a woman with worth”