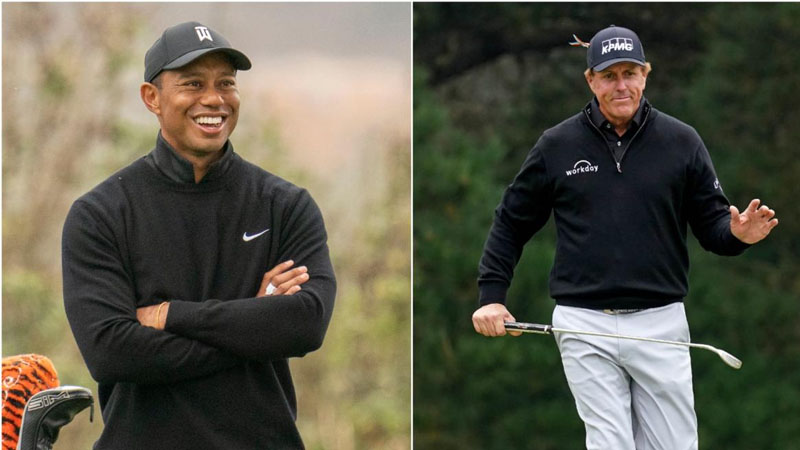 Several prominent golfers are wearing red and black on Sunday in honor of Tiger Woods, but one golfer’s tribute is probably tugging at the sport’s heartstrings the most.

Phil Mickelson, a longtime rival of Tiger Woods, is among those wearing red and black in the final round of the Cologuard Classic.

The PGA Tour Champions Tour, which is hosting the tournament that Mickelson is playing in, tweeted out some photos of the special outfit.

Mickelson spoke about Woods earlier in the week. Woods, a 15-time major champion, was hospitalized following a serious one-car accident in Los Angeles.

“We are all pulling for you, Tiger. We are so sorry that you and your family are going through this tough time. Everyone hopes and prays for your full and speedy recovery,” he tweeted.

Woods was moved into a recovery facility earlier this week after having multiple surgeries on his right leg.

“Tiger and his family want to thank you all for the wonderful support and messages they received over the past few days,” the statement reads. “We will not have any further updates at this time. Thank you for your continued privacy.”