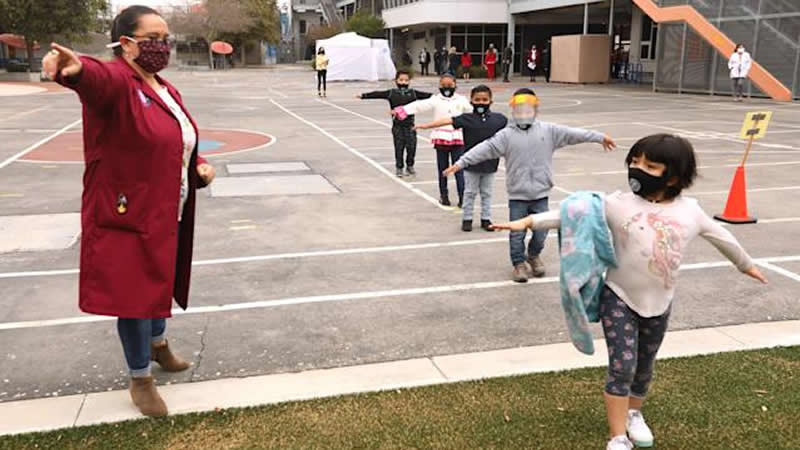 The Centers for Disease Control and Prevention raised eyebrows late last week when the organization acknowledged that COVID-19 is also an airborne illness — information that has been suggested by the scientific community for nearly a year.

In a brief updated on Friday, the CDC says that people are most likely to contract COVID-19 when they are within 6 feet of an infected person. However, the organization says, infected people can also release “very fine droplets and aerosol particles” that form when those droplets dry. Those droplets “are small enough that they can remain suspended in the air for minutes to hours,” the CDC says.

And, the agency affirms, people have gotten infected this way. “These transmission events have involved the presence of an infectious person exhaling virus indoors for an extended time — more than 15 minutes and in some cases hours — leading to virus concentrations in the air space sufficient to transmit infections to people more than six feet away, and in some cases to people who have passed through that space soon after the infectious person left,” the brief reads. However, the CDC also says, “risk of transmission is greatest within three to six feet of an infectious source where the concentration of these very fine droplets and particles is greatest.”

This isn’t necessarily new information — research published in the journal Environment International in November also suggested that SARS-CoV-2, the virus that causes COVID-19, can be aerosolized, with scientists stating that it’s “plausible.” And an article published in July in the Journal of the American Medical Association argued that it’s “theoretically” possible.

Also in July, the World Health Organization acknowledged scientific papers and hypotheses suggesting that SARS-CoV-2 could be transmitted through aerosols. “The proportion of exhaled droplet nuclei or of respiratory droplets that evaporate to generate aerosols, and the infectious dose of viable SARS-CoV-2 required to cause infection in another person are not known,” the WHO concluded at the time.

So, why is the CDC coming out with this now? It’s hard to say.

“There’s been a lot of controversy over this topic and I don’t think that this is completely settled,” infectious disease expert Dr. Amesh Adalja, senior scholar at the Johns Hopkins Center for Health Security, tells Yahoo Life. “When we talk about airborne pathogens like measles, there is clearly a difference in the epidemiological spread versus COVID-19. Also, many health care workers, including myself, did not universally see patients with full airborne PPE and did not get infected.”

It may be that the CDC has waited to release anything formal because it’s “very difficult to quantify whether people are getting infected from droplets or aerosols because they’re often exposed to both,” Dr. Thomas Russo, chief of infectious disease at the State University of New York at Buffalo, tells Yahoo Life.

Still, Adalja says, it’s “clear that here are certain circumstances that COVID-19 transmission occurs over long distances,” like in an exercise class or singing group. But, he adds, “we still don’t see the epidemiology resemble measles or chickenpox.”

As for why this is the official word from the CDC now, “it could be that they’re just in the process of setting the record straight,” Russo says. “Pre-Biden, the CDC was disseminating information that seemed to be a little more moderated,” he explains. “Now it seems that there is a much more science-based release of information. They’re probably rectifying something.”

The CDC did not respond to Yahoo Life’s request for comment.

Of course, this raises a big question: What does this information mean for your safety? In general, Russo says to be mindful that your risk of getting infected with COVID-19 is higher in small, indoor spaces with poor ventilation. That’s why it’s still important to wear masks in those situations and to try to avoid crowds, both indoors and out, he says.

People are receiving unapproved extra COVID-19 vaccine doses. Is it a problem?

What’s the Difference Between Interval and Circuit Training?