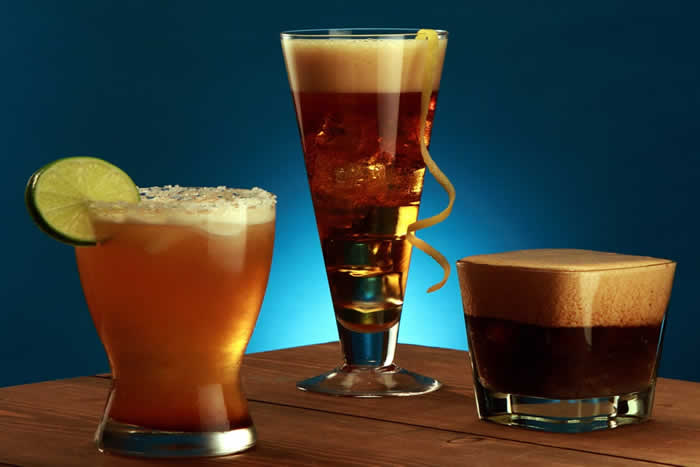 Beer cocktails are one of those emerging trends that everyone has heard of, but no one really knows about. For some imbibers, it’s a brand new concept; for others, it’s a fad that’s “over;” and for others still, it’s ancient history (see: radlers; Berlinner weisse beers with woodruff or raspberry syrup; et. al.)

Whether it’s mixologists not taking beer seriously, beer drinkers not being interested in cocktails, or simply a lack of exploration on both ends is open to discussion, but the bottom line is that beer is just another amalgam of ingredients that can help carry aromas, express flavors, and potentially enhance a beverage. 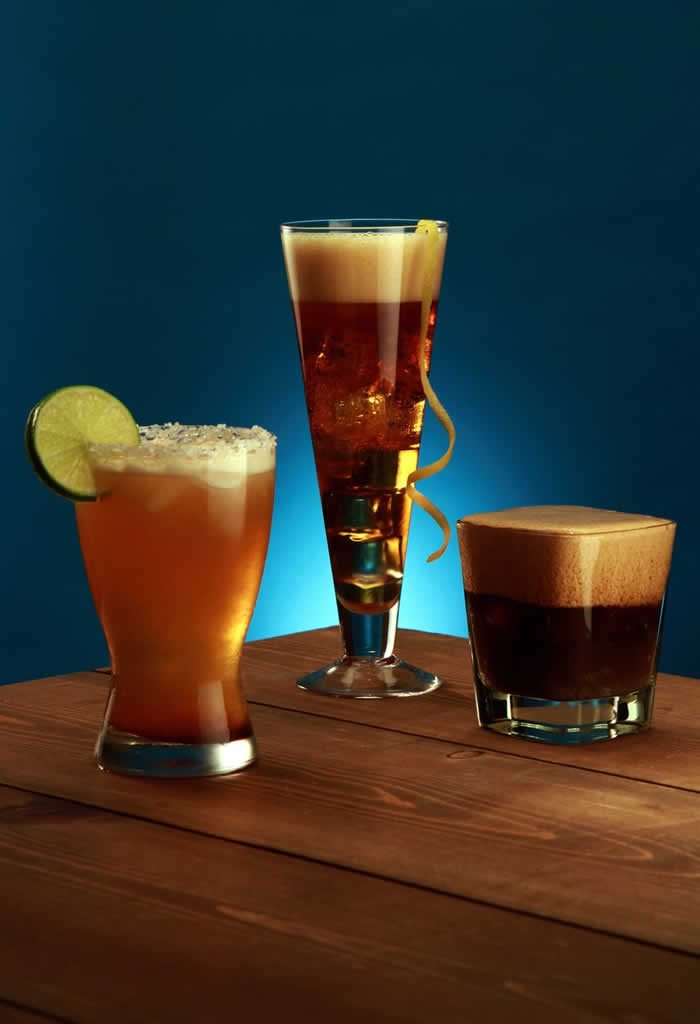 Be you a believer or not, beer cocktails can be every bit as complicated or every bit as accessible as traditional cocktails. For a handful of folks in charge of selling you drinks behind a bar, be they bartenders, brewers, or distillers (or all three, if you’re Interboro Spirits & Ales’ Jesse Ferguson), beer cocktails are worth a shot (pun very much intended). The following is a selection of beer cocktails that beverage directors from Brooklyn to San Francisco are incorporating into their offerings. Whether the beer be used as a bittering agent or main ingredient, these concoctions are worth some exploration.

Read More: What Guys Should Know about Beer

Notes: Look for a medium-bodied IPA that’s about 6 to 7 percent alcohol by volume. The hop profile should be fruity and citrus-forward, with mild to moderate bitterness — enough to stand up to and amplify the pure, unaged apple brandy flavors, without intensifying the alcohol heat. The result should be a beer cocktail that softens the spirit and plays up the IPA’s citrusy flavors. (Mad Fad Fluid IPA is 7 percent ABV, 33 IBU, and uses Mosaic, Equinox and Centennial hops.)

*”White dog” is a term used to describe the spirit before it is aged in barrels, where it gets its color and flavor.

A Manhattan-style beer cocktail made with rye bourbon, sweet vermouth, and a high-gravity IPA.

“Our signature beer cocktail was created by my bartender, Tony Pontius and myself. We created it after I read a comment on a Reddit board [from someone who was] unable to find any recipes for anything like this online. Simple, smooth and delicious!” —Heather Rush, co-owner, Pine Box Rock Shop, Brooklyn, NY

Instructions: Fill your martini glass with ice and set aside to chill. You want your glass cold to preserve the carbonation of the beer. In a mixing glass, add four ounces of Bulliet Rye Bourbon, two ounces of sweet vermouth, and shake. Strain into your chilled martini glass and top with two ounces of your favorite bitter IPA. Garnish with a brandied cherry. Notes: “The idea here is to replace the bitter from the Angostura Bitters [used] in a traditional Manhattan with the bitterness of a high-gravity IPA. You want a big, full-bodied, high-alcohol-by-volume IPA to stand up to the whiskey, or the beer will make the cocktail taste watered down. I recommend Green Flash West Coast IPA, Bell’s Two Hearted IPA, or Other Half IPA. If you’re making it for someone you really want to impress, there’s always Russian River IPA or Alchemist Heady Topper (if you can find it!). A word to the wise — our martini glasses are huge (10 ounces), so people might have to scale it down at home.”

“Tom Mix was a silent film megastar, appearing in 291 movies in his career. He was a famous tough guy and drinker, and he died in a car accident in the southwest when his car ran off the road and overturned in a gully, or wash. The thing that actually killed him was the money box full of cash and coin he had stashed on the shelf in the car behind his head.” —David Moo, owner and mixologist, Quarter Bar, Brooklyn, NY

Notes: “The spiciness of the rye and the ginger beer marry up in a classic combination, adding depth to the clean pilsner. The light hops in a classic pilsner add a floral note to the whiskey and ginger, while also opening up and extending the flavor of the whole trio. The mint actually does add a vegetal top note that picks up the spiciness and the floral quality of the drink.”

“The funky Jamaican rum and plantain hint at tropical flavors and instantly make me think of some of my favorite reggae records  hence, the name  [Garvey’s Ghost] is a very political record by reggae stalwart, Burning Spear.” Clint Rogers, lead bartender, The Gage, Chicago, IL

Read More: This Simple Hack Might Help You Drink Less

Notes: “The Berliner Weisse is a classic German style that is quite tart; [it] balances with the funky rum and sharp nutty notes of the sherry.”

“The fact that [the beer is] nitro instead of heavily carbonated lends a creaminess that makes this a smooth cocktail from start to finish.” —Ivana Susic, beverage director, Jake Melnick’s Corner Tavern, Chicago, IL

Instructions: Put crushed candy canes into bottle of St. George coffee liqueur two days before the drink is served. Shake the bottle once or twice a day to ensure infusion. Strain before using. Measure out two ounces of the infused liqueur, and pour into a pint glass. Top with beer and enjoy!

Notes: “The St. George Coffee Liqueur, unlike other brands with similar flavor profiles, isn’t overly sweet; you get a full-bodied coffee flavor with which the peppermint works well. The candy canes add a refreshing note and hint of sweetness to keep the drink balanced. The Left Hand Nitro Milk Stout is a perfect pairing because of the hints of vanilla and roasty finish.”

Instructions: Shake ingredients with ice and strain into glass, creating a frothy head.

Notes: “For this cocktail, I wanted to keep the ingredients simple and really play up the main flavor components of our Tolstoy’s Inkwell Russian Imperial Stout. I was also looking for a base liquor that wasn’t as high in alcohol because the stout is a high-alcohol beer. The Amaro Ciociaro is an earthy, herbal, and bittersweet liqueur that, along with the Xocolatl (chocolate) Mole Bitters, really highlights the robust, malty, and bittersweet chocolate flavors of the stout. Cold espresso is added to emphasize the roasted barley notes in the beer. With all these ingredients together and the nitrogen conditioning of our stout, this cocktail is shaken with ice, and strained into the glass to create a nice frothy head like a properly poured beer should have!” As represented by these beer-focused mixed beverages, the flavors and ingredients of a beer cocktail, like beers and cocktails themselves, are limitless. Try one on for size, and when constructing a beer cocktail of your own at home, ask not what beer goes well with what spirit, but what flavors, aromas, and styles of both suit one other, and suit you.

17 Stretches Every Man Should Know

The Planet’s Most Expensive Homes Sold in 2016