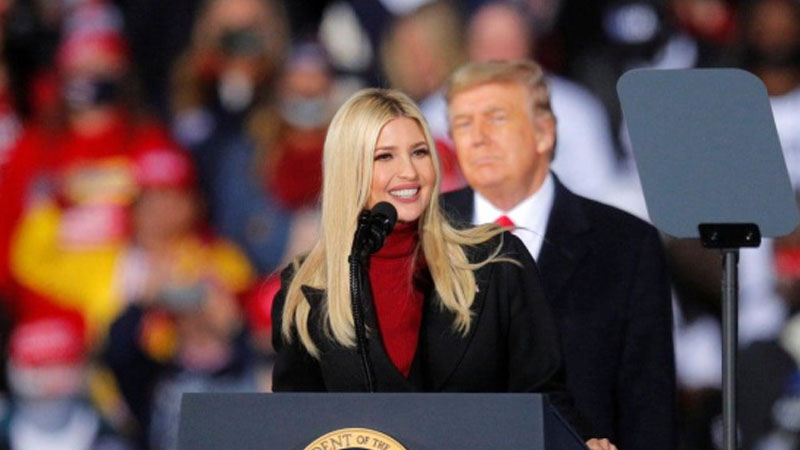 Although her cooperation is requested on a voluntary basis, the move marks a major step for the investigation inside Trump’s inner circle of advisers.

The US House of Representatives panel addressed a letter to Ivanka Trump, saying members would limit their questions to issues related to events surrounding that day, including her role in the White House at that time.

“Testimony obtained by the committee indicates that members of the White House staff requested your assistance on multiple occasions to intervene in an attempt to persuade President Trump to address the ongoing lawlessness and violence on Capitol Hill,” chairman Bennie Thompson told her.

What is known about Ivanka Trump’s role?

The panel noted that she “was present in the Oval Office” during key conversations leading up to January 6, the day US President Joe Biden’s victory in the 2020 election was certified by Congress.

The committee lawmakers said she had observed a telephone conversation between her father and Vice President Mike Pence on the morning of the attack.

Earlier this month, Liz Cheney, vice-chair of the panel and one of the committee’s two Republican members, said the panel had “firsthand testimony” that Trump asked her father to “stop this violence.”

Cheney had also shared text messages sent by Donald Trump Jr., the former president’s eldest son, pleading with White House Chief of Staff Mark Meadows to have the president urge an end to the Capitol assault.

How did Ivanka Trump respond?

Trump’s spokesperson released a statement confirming that she received the request but did not address whether she would cooperate.

“Ivanka Trump just learned that the January 6 Committee issued a public letter asking her to appear,” the statement read.

“As the Committee already knows, Ivanka did not speak at the January 6 rally,” according to the statement. “As she publicly stated that day at 3:15 p.m., ‘any security breach or disrespect to our law enforcement is unacceptable. The violence must stop immediately. Please be peaceful.'”

Who else did the panel seek to interview?

Giuliani had been a key figure in Trump’s bid to overturn the election.

The committee had also been in a legal battle to obtain documents it believes are related to the attack. On Wednesday, the US Supreme Court rejected Trump’s bid to prevent White House records held by the National Archives from being given to investigators.