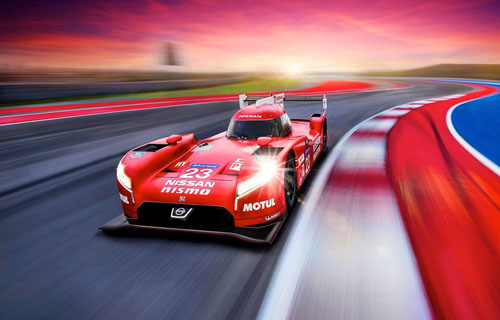 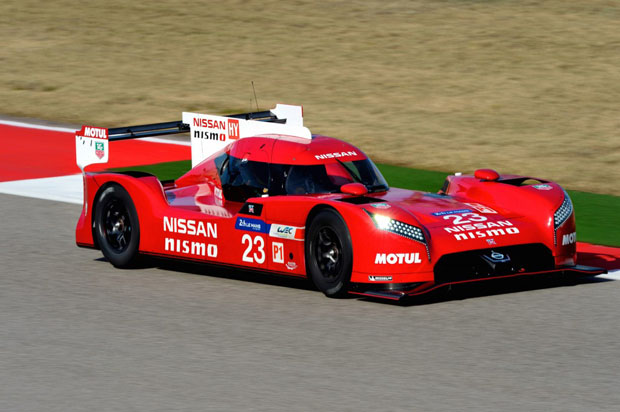 Nissan used Sunday’s Super Bowl XLIX as the platform to launch its radical new LMP1 contender, as the GT-R LM NISMO was officially revealed in a commercial during the big game.

The prototype contender, which will compete in the FIA World Endurance Championship, largely with a U.S.-based crew, will feature a front-engined three-liter V6 engine with front-wheel drive.

New-for-2014 rules in the FIA WEC allow for more technological freedom than seen in recent years. The GT-R LM NISMO will also employ a KERS-style hybrid energy recovery system, which will power the rear wheels at intervals.

It marks the first LMP1 car in the current rulebook to opt for a front-engine and front-wheel drive design. 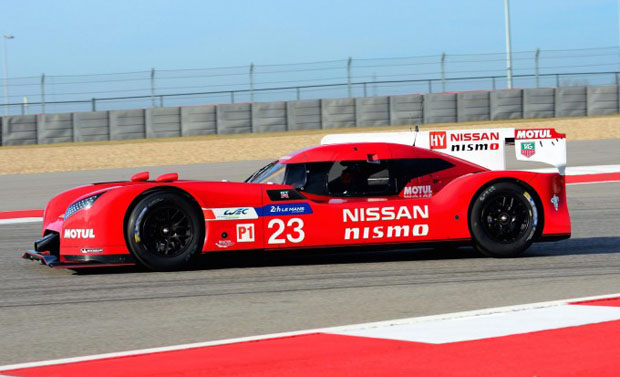 “This is innovation that excites,” said Shoichi Miyatani, President of NISMO. “Sustainability is at the top of our agenda and the technical regulations for Le Mans give us the freedom to pursue new ideas in this area.

“Our record at Le Mans is third place overall so we have unfinished business there. We want to win and we have the knowledge to do that – for our customers, our employees and our fans. The competition is exceptionally strong and we are excited by the challenge.” 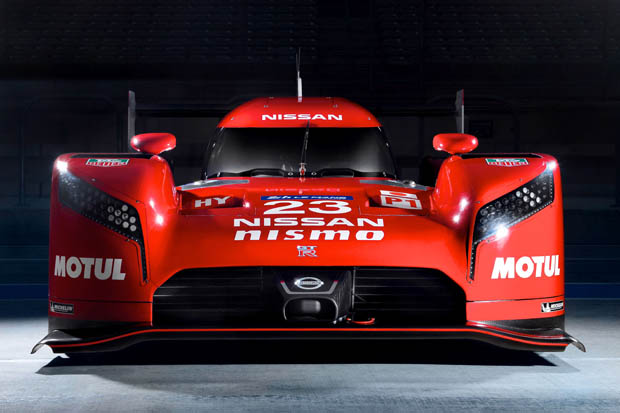 “Our LMP1 program makes the connection between NISMO on the road and NISMO on the track, showcasing our brand DNA to a global audience,” explained Darren Cox, Global Head of Brand, Marketing & Sales, NISMO.

“We are taking motorsport to the masses, telling tales of technical innovation but also human stories via all of the exciting communications channels that are open to us now. We will innovate off the track as well as on it so you can be assured that this is just the beginning of the story.”

Former Ferrari F1 test driver Marc Gene, meanwhile, has been confirmed as the first Nissan factory driver for the program. The Spaniard, who won the 2009 24 Hours of Le Mans with Peugeot, was part of Audi’s factory Le Mans lineup for the previous two seasons. 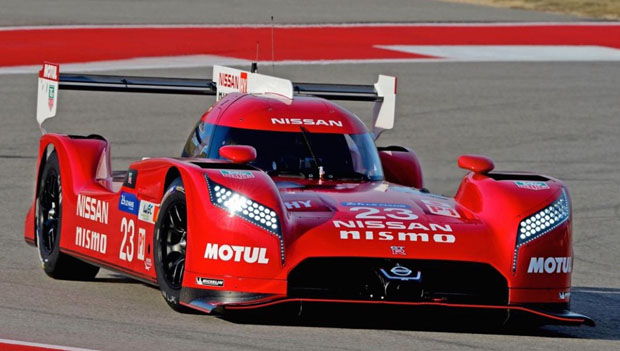 Gene, along with Michael Krumm and Nissan GT Academy graduate Jann Mardenborough, have been among the drivers that have tested the car, which has seen two separate tests at Circuit of The Americas thus far.

“Nissan NISMO is a great team already,” Gene said. “From the very beginning I have experienced a very good atmosphere in the team. The mechanics and engineers are all very professional and most have Le Mans experience.

“From my side, my experience in works teams will definitely help Nissan as I have already faced the challenge we are all now facing. Our goal is to reach the podium and ultimately win Le Mans.”

Further driver announcements are expected later this week during the official unveiling the the entry lists for the 24 Hours of Le Mans and FIA WEC and European Le Mans Series seasons in Paris. 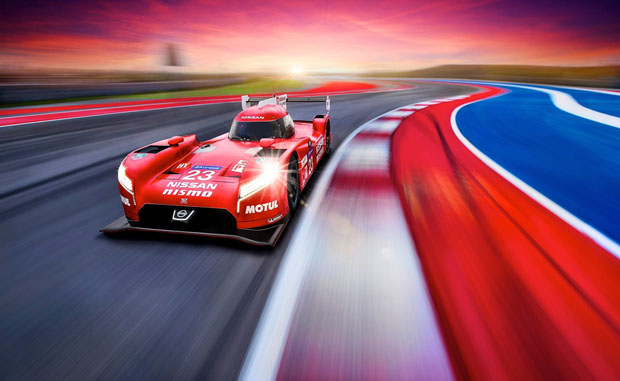