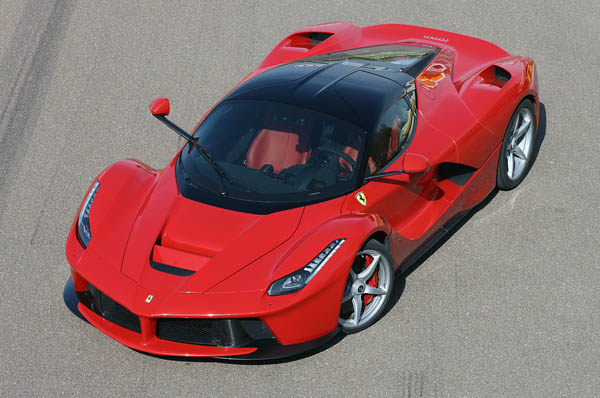 What a year it’s been for enthusiasts who love high-performance, higher-dollar automobiles. The past twelve months or so have been consumed with the three horsemonsters of today’s hybrid hypercar enlightenment: the Porsche 918 Spyder, the McLaren P1 and the Ferrari LaFerrari. 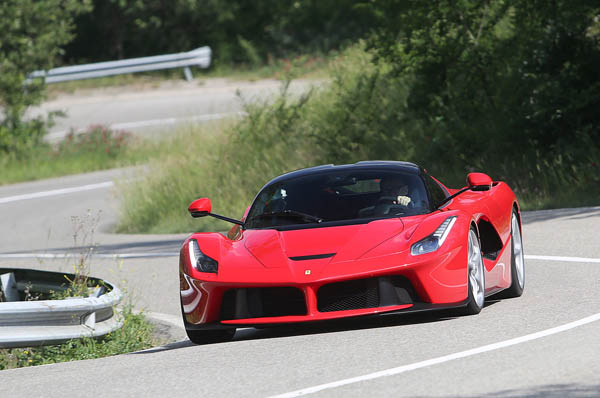 Getting into just two of the three would be better than a lump of coal in one’s stocking come holiday time, but for me, it’d still leave things feeling sadly incomplete, gnawing from within ’til the end of days. Getting the call from Maranello, therefore, was even more fortunate and satisfying. The 918 Spyder – the only seriously green hybrid of the trio – shook me up with its sophisticated menu of technologies. The McLaren P1 remains more of a true hypercar than the Porsche, what with its e-motor designed to boost the lightweight beast to supernatural speeds above any terrestrial concerns like fuel efficiency. 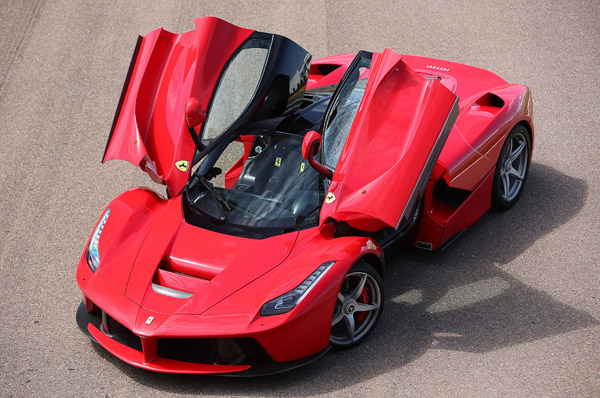 And now it’s time for the Italian with the funny name, LaFerrari. No mistake about it: I’ve been waiting all year for this car a little more than I’ve been waiting for the other two. This run of hyper cars built up over the year like a famous three-part opera: The enthralling start of the drama sitting in the Porsche 918, tear-assing the heavier green dart around a track in Spain; then on to the UK with the lightness and quick heart of the biturbo V8 in McLaren’s track-inspired P1, and it was all to be topped-off at Fiorano with the LaFerrari, fit for a Wagnerian finish. Now having had seat time in all three cars, it’s my contention that the 918 Spyder, sensational as it is, feels like a stand-alone proposition in its own right. 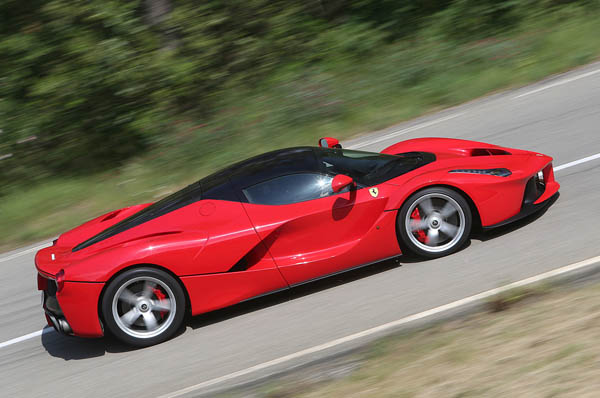 The full-on hardcore hyper drive combat will be between the 903-horsepower P1 and the 950-bhp LaFerrari. It’s going to be interesting as hell, too. Maybe throw in a Pagani Huayra and a Koenigsegg Agera just for kicks. The name “LaFerrari” has seemed silly to me since the car’s unveiling in early 2013. Yet it took just one answer from Ferrari head of road vehicle development, Franco Cimatti, to have it all make sense and even not sound so weird anymore. “The name is a reflection,” says Cimatti, “of all of the very best capabilities and most advanced technologies within Ferrari coming together to create a single model.” So, by selecting the name LaFerrari, the company is telling all of us which model is the best or the most ‘real.’

Point taken. On a day blessed with perfect sun and temperatures, my first driving opportunity was off piste, up into the Apennine foothills south of company headquarters in a red LaFerrari. All of its onboard tech would mean nothing whatsoever without a good set of treads and a great chassis setup with commensurately powerful and telepathic steering and braking. To this end, Pirelli has formulated a winning set of P Zero Corsa tires – 265/30 ZR19 (93Y) front, 345/30 ZR20 (106Y) rear – to go with the Ferrari’s lower-slung sprung mass. The point lowest to the ground on the LaFerrari is 1.2 inches lower than the same point on the Enzo. Its physical center of gravity is a good 1.4 inches lower than the Enzo. Width is diminished by 1.6 inches, but the driver hip point is down a full 2.4 inches, too, so the greenhouse does not feel pinched. 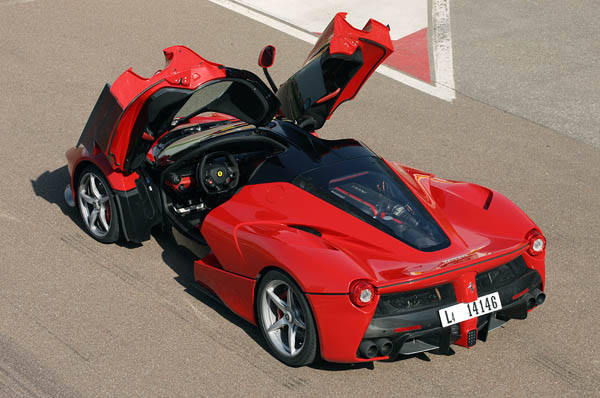