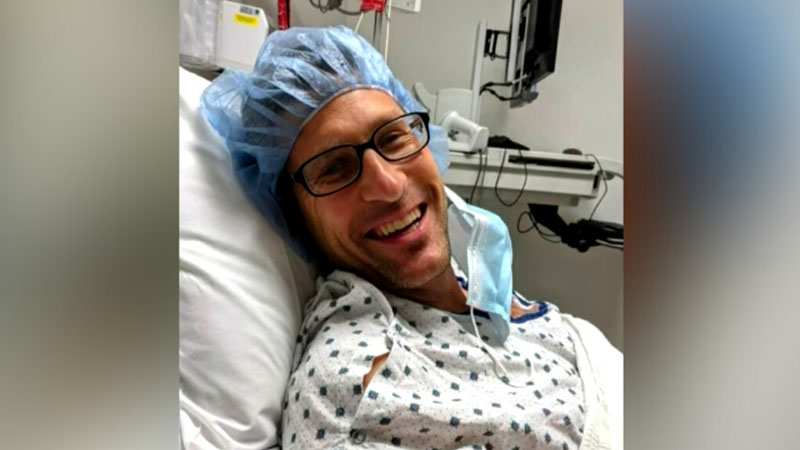 The Charleston reported a few weeks ago about a man who died of cancer after being misdiagnosed and cancer not being discovered and treated on time, showing how regular medical checkups are important for everyone in early disease detection, leading to early treatment, which in some cases can prevent death.

Many people have had to postpone or even cancel their regular medical checkups since the pandemic began, simply because hospitals were focused on treating Covid-19 patients. While no such data is available, many health experts believe that skipping these regular checkups resulted in an increase in overall deaths over the last two years.

Dan Gut, 39, a father of five, did not see his doctor for a long time despite having stomach problems almost every day for 18 months. Gut recently told Newsweek that he had an upset stomach after eating ice cream and suspected he was lactose intolerant. After a year and a half of not feeling better and growing increasingly concerned about his health, he finally decided to see his doctor. When he was told he had a precancerous growth in his colon, he was completely taken aback.

Gut said in a statement: “I hadn’t dealt with anything like what I was experiencing, and I didn’t want to deal with it. I felt healthy and was busy living my life, like a typical guy. Given the responsibilities I have with my family, getting checked out was something I should have done right away.”

A colonoscopy revealed that he had over 100 polyps and an advanced precancerous growth in his colon known as an intramucosal carcinoma. Colorectal cancer frequently begins as a polyp in the colon or rectum, and removing them can help prevent the disease from progressing.

The doctors were unable to determine how quickly these polyps could spread and infect other parts of his body, but Gut was informed that these polyps had a one-hundred percent chance of developing into cancer. Nearly 150,000 people were diagnosed with colorectal cancer in 2021, and more than 50,000 died, making it the third leading cause of death from cancer in the United States. Only 4.6 percent of these cases involve people under the age of 67 at Gut’s age.

Doctors advised Gut to have his colon removed due to the seriousness of the situation. He’s also been diagnosed with celiac disease, which usually requires a gluten-free diet.

Gut said: “I have an amazing wife and five wonderful kids that depend on me for so many things. I was really worried I wouldn’t be able to provide those things for them. But I also tried to stay strong and not let my worry show so my wife and kids wouldn’t worry even more.”

A colorectal surgeon confirmed that if Gut had waited any longer, the disease would almost certainly have progressed to cancer and spread to other organs. Furthermore, the surgeon believes it is critical for everyone to be conscious of their family history, as this type of cancer commonly presents with no symptoms.

Gut went back to his normal routine after the surgery. Gut now advises everyone to see their doctor as soon as they notice any symptoms because an immediate medical checkup is always preferable to a checkup a few weeks later.

Gut said: “It’s important to know, especially for men, that it’s OK to see your doctor. It’s OK to share your negative health situation or symptoms because everything is treated easier and quicker when it’s [caught] early.”

Jennifer Garner Getting Closer to Bradley Cooper While Hanging Out With John Miller: “romance is cooling off.”

Adenovirus may be responsible for a strange pediatric hepatitis outbreak