The gala of New year initiating from Christmas heading to New Year’s Eve is the blissful event waited enthusiastically year long. Its arrival in freezing winter is worth paid when celebrated in a spectacular way through having a memorable day out and enjoying bombastic  New Year Celebrations at top places world wide.Top Five Places To Celebrate New Year’s Eve worldwide

New year celebration is carried out globally at many places with magnificent fire works, parties, gathering and great hustle bustle that are really a must visit.

Sydney greets new year with absolute largest firework celebration accompanied by music exploding in the air over Sydney Harbor Bridge. The celebration lasts till dawn with spectacular pyrotechnic display at center part of beautiful Sydney Harbor. Though the best scenery of new year’s celebration in Sydney is captured through boat in the Harbor.

London has been ultimate travel destination for honeymooners so, with newly wedlock its fascinating to visit London when its on new year celebration track. With astonishing fireworks launched into the sky from London Eye it creates dazzling eve with mid night party and countdown. Best views of carnival are from Westminster Bridge and the north embankment of the River Thames, opposite the London Eye.

Eiffel tower in Paris exploding into radiant dance of light, high class dinning to alluring firework, party and countdown to a new decade is fantastic destination to be on new year’s eve.

Luxurious city of Las Vegas with parties every night knows to merry on new year’s eve more efficiently with ravishing views of skyline sinking into brightness and cheers. Fremont Street experience of grand firework display, massive block party and a five-block-long illuminated canopy 90 feet overhead on which light and music shows are spelled above city’s neon lights is magical moment to spend there in Las Vegas. 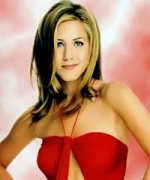