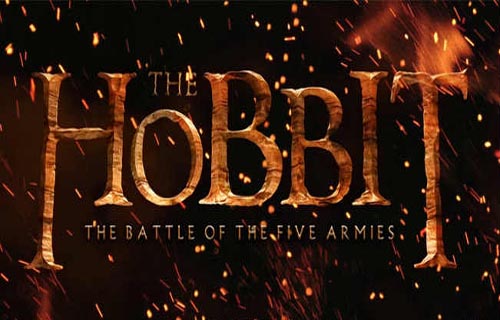 It’s impossible for a 12-year-old boy (or girl) to resist a movie subtitled “The Battle of the Five Armies,” and that’s surely why the producers changed it from the whimsical “There and Back Again.” (And really, if “there” is the gold-filled, dragon-guarded Lonely Mountain, Bilbo Baggins and his buddies are already there. They don’t go there and back again; they are there.)

Anyway, figuring out the five armies is about as productive as figuring out which dwarf is Nori and which one is Ori. The one with the beard is … all of them? It doesn’t matter. They look like a height-challenged ultimate Frisbee team at a Portland brew pub (redundancy noted) and are about as fearsome.

They can fight, though, especially Fili and his brother Kili. The latter is a sensitive sort and has an interspecies romance with the woodland elf Tauriel (Evangeline Lilly), a character not in the J.R.R. Tolkien novel but created by Peter Jackson because he felt the need to add a romantic angle. 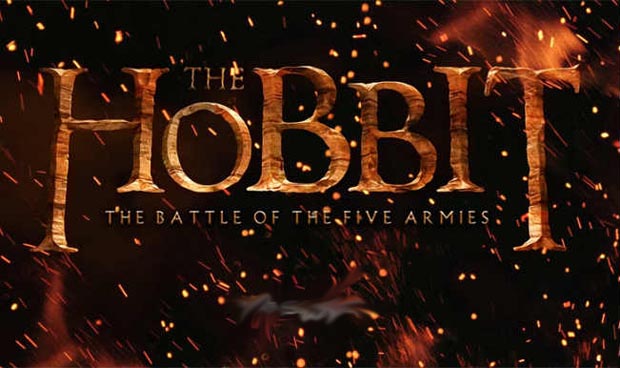 “These dwarves — all they do is put their hairy feet up on the communal table and eat!” Jackson roared. “Then they smoke a pipe. What is this, Middle-earth or Southeast Portland?”

He didn’t really say that. Jackson has now directed six movies based on Tolkien’s novels, and he’s always busy staging another stupendous battle scene in which fearsome orcs march in perfect formation but go down at the slightest touch. And stay down. Touch an orc, and it will topple. Chop its head off, and it stays chopped.

And if you’re in a battle in a Peter Jackson movie and it feels like you’re winning, watch out for reinforcements from the other side. Someone or something is always coming over the horizon at the last minute to turn the tide. Walking trees, Great Eagles, orcs and more orcs — you name it, and it will show up and change the course of action. Happens every time.

“The Hobbit: The Battle of the Five Armies” opens with Smaug the dragon putting the torch to Lake Town with his hot fiery breath. A theme is quickly established, and it’s not “wow, Benedict Cumberbatch is in every single movie this year.” It’s greed, the lust for gold. Gold! The Master of Lake Town (Stephen Fry) tries to slip out with a boatload of Smaug’s gold. (Whether it’s actually Smaug’s gold is a matter of debate, “debate” being another way to say “battle of the five armies.”) 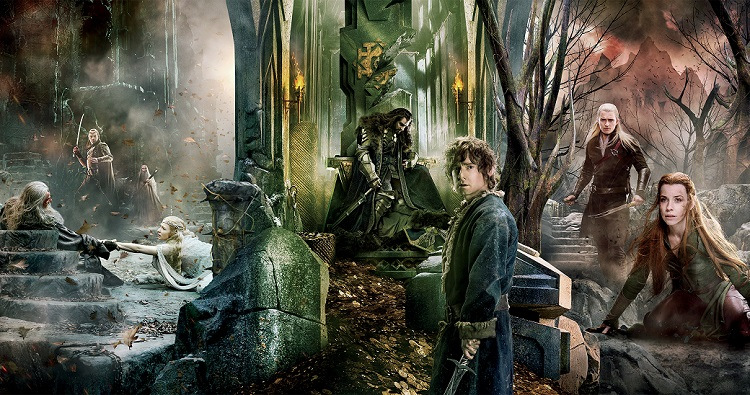 The dwarves end up in the castle with the gold, and their leader, Thorin Oakenshield, goes a little bling-crazy with a nasty case of gold fever. He loses it, and even Bilbo can’t get through to him. Richard Armitage plays Thorin and is the acting star of “Five Armies,” truly a dwarf among dwarves. Legolas (Orlando Bloom) and Gandalf (Ian McKellen) are crowd-pleasers — showboats, really — and Martin Freeman makes a fine Bilbo, but Armitage has some emotional notes to hit, and he nails them. Oh, and Christopher Lee is 92 years old and looks like he does his own stunts. Lee’s been in “The Lord of the Rings,” “Star Wars” and a James Bond movie. He met Tolkien — in real life, not on a soundstage in New Zealand. Give that man a golden sword!

“The Battle of the Five Armies” is 144 minutes long, and it doesn’t feel a minute longer than 140. Jackson does a tidier job of wrapping things up than he did in “The Return of the King.” (The dead characters don’t get on a boat and sail off, for one thing.) He’s a clumsy comic director — what’s with that coda with Bilbo in the shire? — but beyond brilliant as a visual stylist and master of action and fantasy. His achievement over six movies is underrated at the moment, I think, and will grow as the extended home video versions, not the theatrical, become the standard. The “Hobbit” trilogy started slowly and ended with a rush, heroes and villians fighting it out over a mountain of gold. What kid of any age can resist that?

“The Hobbit: The Battle of the Five Armies”

The lowdown: Bilbo wants to get back to the shire. Circumstances conspire against him, once again.