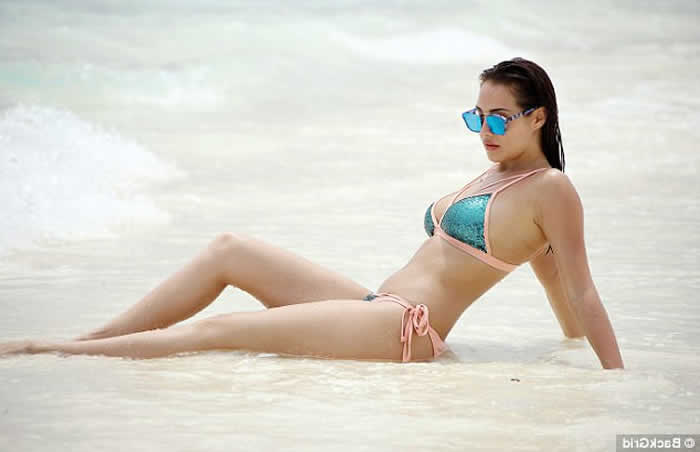 She’s living it up in the beautiful Maldives. And ex Big Brother star Chloe Goodman packed quite the wardrobe for her getaway, wowing in another skimpy bikini on Tuesday. The reality star sauntered across the sand in a tiny green sequin number, which left very little of her fabulous figure to the imagination.

The 25-year-old showed off her tanned curves in the green and peach two-piece which featured tie-side and statement strap detail on the chest. Chloe accessorised with a delicate silver necklace and slipped a pair of shades on her head.

Her dark locks were slicked back off her perfectly made-up face after a dip in the ocean. Chloe has been keeping her social media followers up to date with her blissful trip, posting a series of sexy Instagram shots. The latest shows the reality star lying topless on a sun lounger as she tops up her tan, alongside the wistful caption: ‘Wish I was an island girl.’

Chloe is staying with her stunning sister at the Sun Aqua Vilu Reef Resort in the Maldives. She soared to fame in 2014 when she starred on the inaugural series of MTV’s Ex On The Beach before hitting screens once again on Celebrity Big Brother a year later. 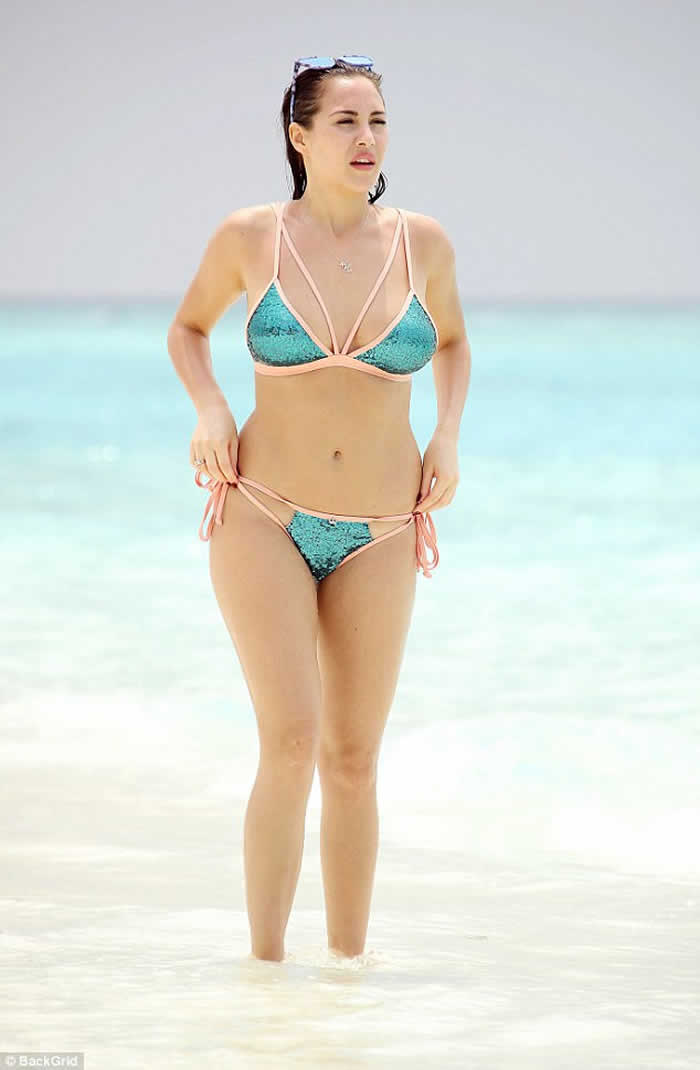 She made her big TV comeback last year when she appeared on the All Stars edition of EOTB, yet was left red faced after she was ejected following a series of aggressive arguments with CBB victor Stephen Bear. Chloe’s reality appearances have always been steeped in controversy, starting with her locking lips with Ashley Cain in the inaugural series of Ex On The Beach, despite his ex Talitha being present.

She also appeared on Celebrity Big Brother and hit the headlines following a devastating incident, in which she was groped by fellow housemate Jeremy Jackson, 35 – after which she revealed she felt unsafe living in the house. 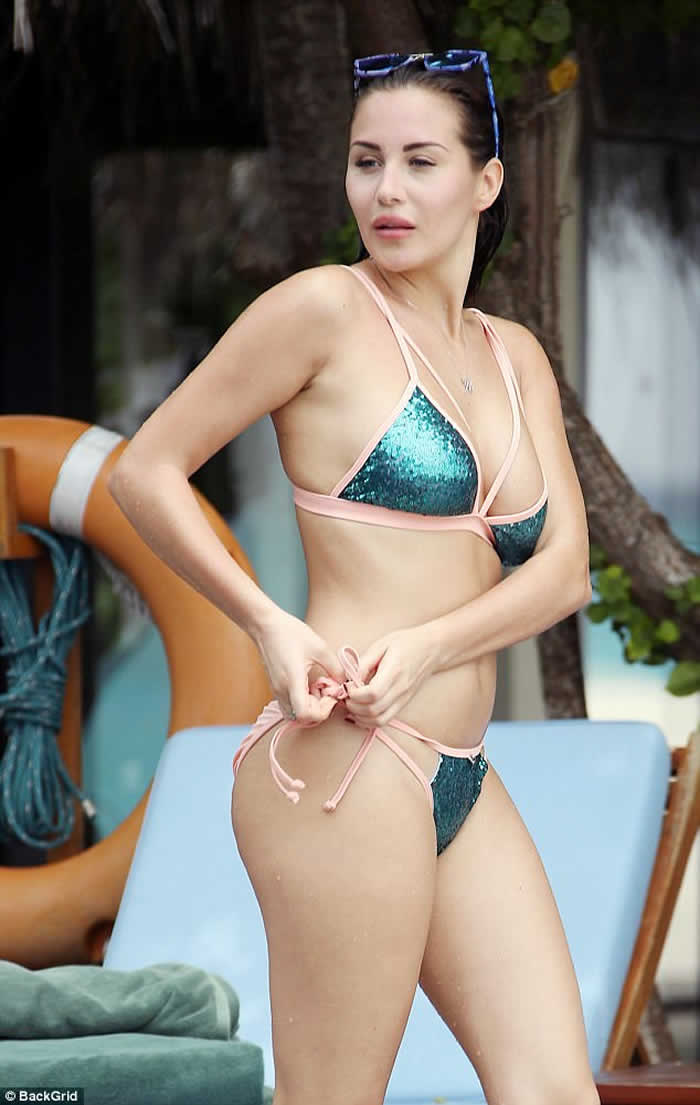