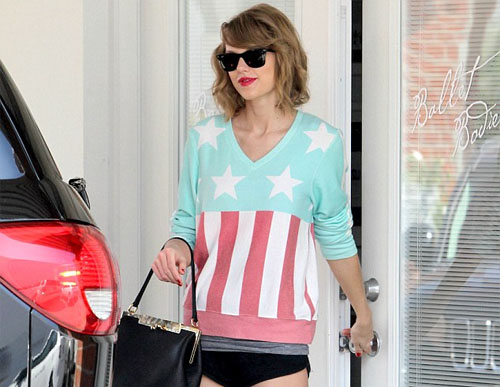 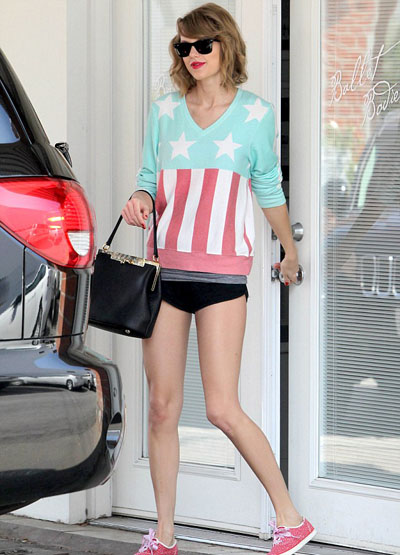 She’s known for displaying her incredibly long and toned limbs in a nearly endless array of flattering yet revealing outfits. And Taylor Swift revealed one of the secrets to keeping her fit figure in such finely tuned shape as she was spotted on Thursday headed to a ballet class in West Hollywood. The 24-year-old made sure to show off the results of her labour in a pair of tiny hot pants and patriotic stars and stripes jumper. 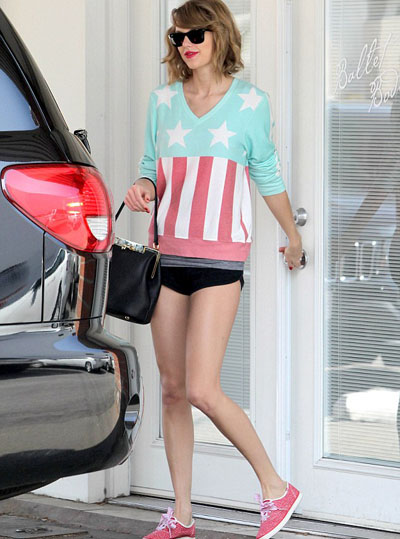 Opting for a classic Hollywood glamour, the singer wore her blonde tresses swept over in a part as she looked pretty in bright red lip paint. Showing her love for pink, Swift wore polka dot tennis shows as she carried an elegant handbag. 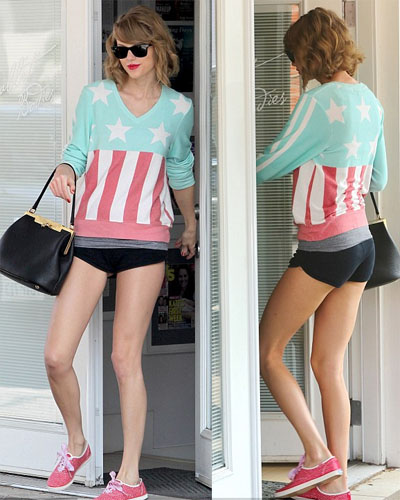 And the country singer has clearly become a swift fan of the dancing form of exercise as she has been spotted three times before hitting up a similar class in LA in the last few weeks, including a ballet session on Wednesday. Ballet Bodies shared an Instagram of the Sparks Fly hitmaker ‘looking fabulous’ walking out of the studio just a week prior. Meanwhile, a week ago, her record label Big Machine announced the Begin Again singer was back ‘in the studio’ while responding to one of her 39.4 million Twitter fans. 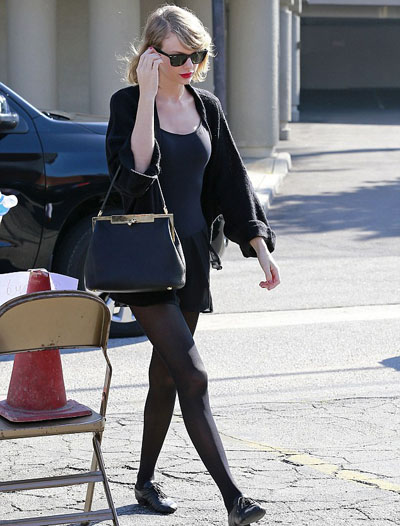 Taylor reunited with producers Max Martin and Johan Shellback for her fifth studio album, which is reportedly due out in ‘the fourth quarter’ of this year. ‘There are probably seven or eight [songs] that I know I want on the record,’ Swift told Billboard in November. ‘It’s already evolved into a new sound, and that’s all I wanted.’ She will next embark on the Asian leg of her Red Tour beginning with Tokyo’s Saitama Super Arena on June 1. Dailymail