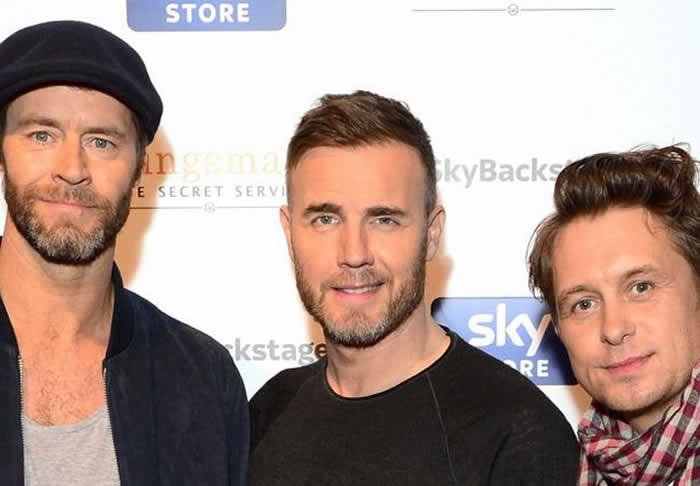 Take That confirmed they are writing new music for their next album. The band – which comprises of founding members Gary Barlow, Mark Owen and Howard Donald – are working hard in the studio on four new tracks for their upcoming album that is set to include hits from their 25-year-run.

However, ‘Shine’ crooner Mark Owen insisted it won’t be a ”Greatest Hits” record because that would signal ”the end”. Speaking backstage at the Apple Music Festival on Sunday (20.09.15) Mark told The Sun newspaper: ”We have the songs to fill it, no problem. ”But a Greatest Hits signals the end, doesn’t it? It’s nice to work.” The trio have no plans to slow down.

They performed a number of gigs in London in recent weeks including a sell out concert at the O2 Arena for the Rugby World Cup celebration ‘Wear The Rose’ and a ”thank you” concert for their fans at the Apple Music Festival at The Roundhouse venue on Sunday night. ‘Relight My Fire’, ‘Rule The World’ and ‘Never Forget’ featured across both sets and saw fans singing back every word. Take That will release an album in 2017 to mark the 25th anniversary of the release of their first album, Take That & Party’.