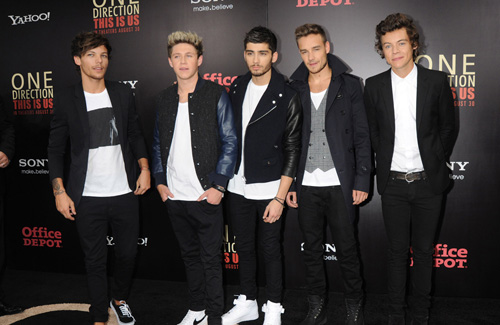 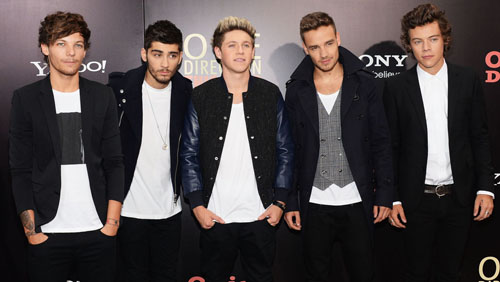 One Direction have been given a year’s worth of free minicab rides from firm Addison Lee, who they mentioned in ‘Midnight Memories’. One Direction mention Addison Lee in their hit single ‘Midnight Memories’ when they sing “Way too many people in the Addison Lee”, and the company were delighted to receive free publicity from one of the most popular boy bands around. They were inspired by Louis Tomlinson after he took to Twitter this weekend urging the firm to arrange some kind of deal following the “name drop”.

He wrote: “Surely we get some kind of @AddisonLeeCabs gold card for the name drop haha !!?? (sic)” A source told the Daily Mirror newspaper: “Addison Lee were delighted to be mentioned in the song. They even tried to see how many people you could actually fit in one of their cabs off the back of it. “So they were more than happy to give something in return. Thanks to Louis, they came up with the idea of giving them a year’s worth of free cab journeys.” 1D – which also includes Niall Horan, Zayn Malik, Liam Payne and Harry Styles – were catapulted to the spotlight following their success on singing contest ‘X Factor’ in 2010 which is when they began using Addison Lee.

The source added: “One Direction have used Add Lees since they were on the ‘X Factor’, and continued to use the company after they were signed. “They actually ended up using the same driver quite often, so they took him to Wembley one week to thank him for ferrying them around. “Lots of the ‘X Factor’ alumni are still customers of the cab company. been looking at coming up with a celebrity scheme like this for a while, so the boys ­actually catapulted them into action.”  -Femalefirst