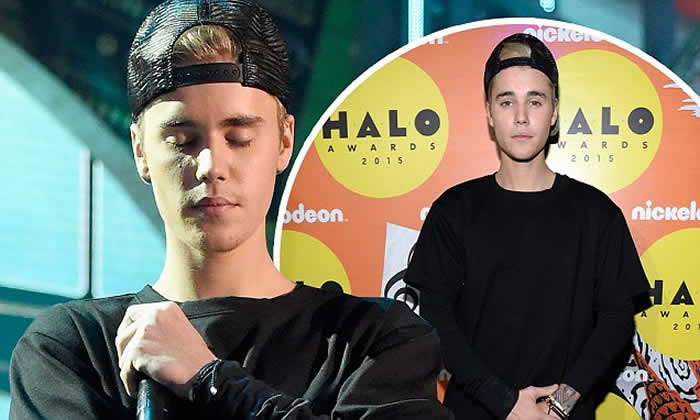 Justin Bieber won the inaugural HALO Hall of Fame Award for his charitable work and used his acceptance speech to pay tribute to the victims of the Paris attacks on Friday.

The 21-year-old singer was honoured at the Nickelodeon HALO Awards in New York, where he used his acceptance speech to pay tribute to the victims of the Paris attacks on Friday (13.11.15), in which 129 people died. He said: ”There’s been some sad things happening in the world right now, and I think that we should all honour that and just take one moment of silence for that, if you guys could.”

The awards honour young people in the US who are responsible for ”helping and leading others” and Justin was chosen for his work with the Make-A-Wish foundation and Pencils of Promise, a charity which builds schools and increases educational opportunities in the developing world.

It was recently revealed that Justin has made over 250 wishes come true so far through Make-A-Wish. Nick Cannon hosted the ceremony and previously explained why Justin was chosen for the prestigious award. He told Variety:

”There’s no better way to begin the holiday season than by celebrating the amazing work of these teens and our first HALO Hall of Fame recipient Justin Bieber at the Nickelodeon HALO Awards. Justin’s commitment to granting wishes for kids is unparalleled, and his ability to inspire and lead others through his positive actions is at the core of what HALO is all about.” Joe Jonas and his band DNCE performed at the ceremony, which will air on Nickelodeon on November 29.