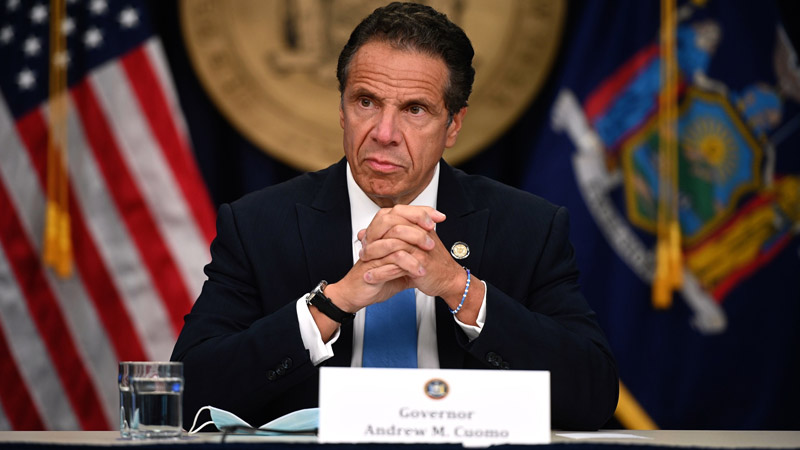 Charlotte Bennett, one of the women accusing New York Governor Andrew Cuomo of sexual harassment, on Thursday detailed multiple instances in which the governor allegedly made inappropriate comments, including asking her if her experience with sexual assault had impacted her sex life. Cuomo allegedly told Bennett he was comfortable dating 22-year-olds and was looking for a girlfriend, and asked her about her sexual relationships.

Bennett, who was the governor’s executive assistant and a health policy adviser, told “CBS Evening News” anchor and managing editor Norah O’Donnell that during a one-on-one meeting on June 5, 2020, Cuomo asked multiple questions that led her to the conclusion that “The governor’s trying to sleep with me.”

“Without explicitly saying it, he implied to me that I was old enough for him and he was lonely,” she said.

When asked by CBS News to respond to Bennett’s claims, Cuomo’s office pointed to the governor’s Wednesday apology, in which he said he “never, ever meant to offend anyone or hurt anyone or cause anyone pain,” and urged the public to wait for the results of an investigation from the state’s attorney general.

In a Saturday statement to The New York Times, which first published Bennett’s allegations, Cuomo said he “never made advances toward Ms. Bennett, nor did I ever intend to act in any way that was inappropriate.” In a longer statement on Sunday, Cuomo said he acknowledged that “some of the things I have said have been misinterpreted as an unwanted flirtation,” adding, “To the extent anyone felt that way, I am truly sorry about that.”

During the June 5 encounter in the governor’s office, Cuomo allegedly asked Bennett if she had trouble in her romantic relationships because she had been sexually assaulted in the past.

“He asked if I had trouble enjoying being with someone because of my trauma,” she said.

“The governor asked me if I was sensitive to intimacy,” she said, adding, “He asked if it made it hard to really be with someone physically.”

Bennett, 25, said Cuomo, 63, also asked her if she was ever intimate with an older man and said he was comfortable dating women decades younger than him.

“He also explained that he was fine with anyone over 22,” she said.

Cuomo mentioned he wanted a girlfriend and was lonely, Bennett said.

Text messages sent by Bennett to a friend and reviewed by CBS News memorialize her encounter with Cuomo immediately after the alleged conversation. In the messages, Bennett told a friend that Cuomo “talked about age differences in relationships.”

Her friend, who verified the messages, asked: “Wait what,” and “Did he do something.”

“No,” Bennett responded. “But it was like the most explicit it could be.”

Bennett said she felt forced to answer the intimate questions from her boss because of his power as a governor. She believes his position made him feel “like he was untouchable in a lot of ways.”

“I really was uncomfortable and understood that my boss was asking these questions, so I was trying to answer them,” she said. “I feel like people put the onus on the woman to shut that conversation down. And by answering, I was somehow engaging in that or enabling it, when in fact, I was just terrified.”

In response to Cuomo’s claims that he was misinterpreted, Bennett said “I understood him loud and clear. It just didn’t go the way he planned.”

Cuomo is facing similar allegations from two other women, Lindsey Boylan and Anna Ruch. Boylan, the former chief of staff at New York’s state economic agency, alleged Cuomo sexually harassed her for years at work and kissed her during a one-on-one meeting, which Cuomo denies. Ruch, the only accuser who did not work for the governor, accused Cuomo of putting his hands on her lower back and face and asking if he could kiss her at a wedding reception in 2019. When asked about Ruch’s allegation by The New York Times, which first reported the story, a spokesperson for the governor pointed to his Sunday statement.

Cuomo spoke publicly about the allegations for the first time on Wednesday. “I never knew at the time that I was making anyone feel uncomfortable,” he said. “I never, ever meant to offend anyone or hurt anyone or cause anyone pain. I feel terrible that these people felt uncomfortable, felt hurt, felt pain from the interactions, and I’m embarrassed by it, and I feel bad from it.”

Cuomo, who said he will not resign, reiterated his claim that he never “touched anyone inappropriately.”

Bennett said she did not believe Cuomo’s Wednesday statement was an apology. “It’s not an issue of my feelings … It’s an issue of his actions,” she said.

New York Attorney General Letitia James said Monday that she was launching an investigation into the allegations and would make the results public after its conclusion. Cuomo’s office said it will comply with the investigation.

“All members of the Governor’s office will cooperate fully. We will have no further comment until the report is issued,” said Beth Garvey, special counsel and senior advisor to Cuomo.

Some lawmakers, including Republican Representative Elise Stefanik and Democratic Representative Kathleen Rice, have called on Cuomo to resign. Others have condemned the alleged actions, but said they will wait to see the results of the investigation before determining whether the governor should resign.

Cuomo’s administration is also being investigated for how it handled nursing home deaths in the state during the pandemic, and he is facing separate calls to resign over that controversy.

Arnold and Maria Reunite for the Sake of Furniture