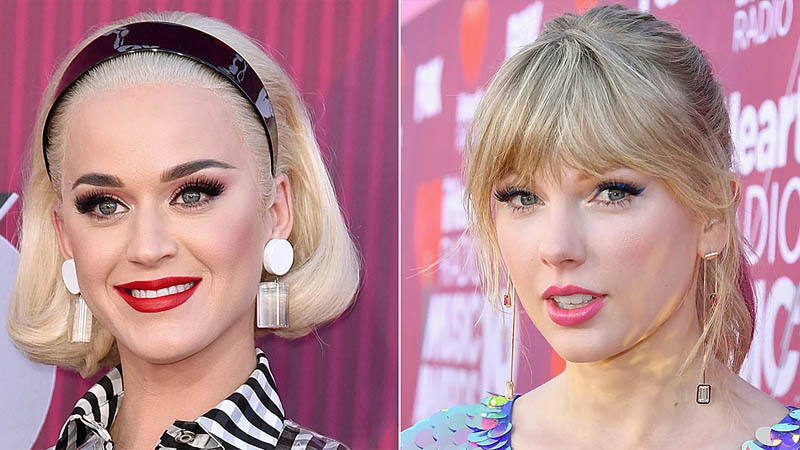 Katy Perry and Taylor Swift buried the hatchet and ended their feud in order to set the right example.

Perry talked about her tumultuous relationship with the Lover songstress to Howard Stern, saying that appearing in Swift’s You Need to Calm Down video provided young women with an “example of redemption.”

“Gossip and lies, they take the elevator. But the truth takes the stairs, and it just takes time. … Time will tell my story,” Perry said on SiriusXM’s The Howard Stern Show.

“What I’m so grateful for is that we did get to make up and we made up publicly, and we got to be an example of redemption for young girls.”

“It’s hard for young girls, growing up [with] cliques and high school and pettiness and all that stuff,” Perry continued, “so now we’re super friendly and I’ve always wanted the best for her and we can talk about the best we want for each other.”

Swift and Perry’s spat reportedly began after the latter “basically tried to sabotage an entire arena tour,” Swift claimed to Rolling Stone in 2014.

It wasn’t publicly known that Swift and Perry even had a feud until the magazine cover story, which then let everyone believe Swift’s tune Bad Blood was about Perry.

David Schwimmer settles the ‘Friends’ debate: Were Ross and Rachel on a break?