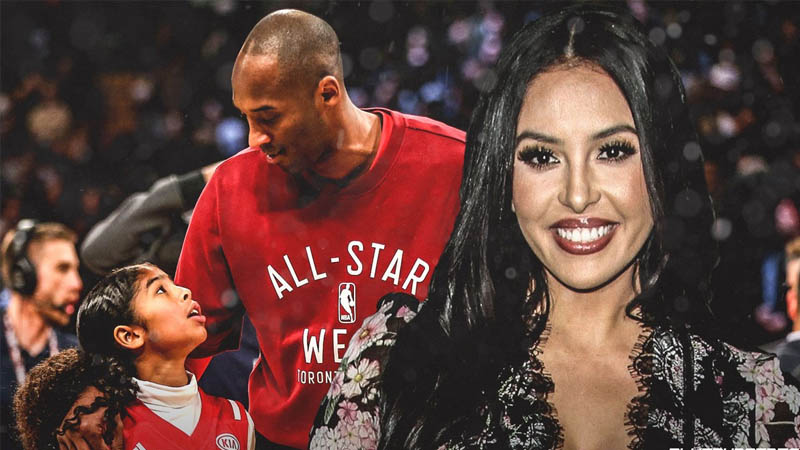 Kobe and Vanessa Bryant’s daughter Capri is growing up to be like her famous dad.

While celebrating her 38th birthday on Tuesday, Vanessa shared a sweet photo of their 10-month-old wearing a pink outfit that once belonged to late daughter Gianna “Gigi” Bryant, who was killed alongside Kobe in a January helicopter crash.

“Capri looks just her daddy (in Gigi’s outfit)! ❤️🎂” Vanessa, who is also mom to daughters Natalia, 17, and Bianka, 3, wrote in the caption. In the picture, Vanessa can be seen carrying Capri in her arms as she gives the little one a sweet kiss.

Vanessa previously remarked on how much Capri looks like Kobe in an Instagram video shared in February, which she captioned “My Koko Bean. She looks just like my Gigi with her daddy’s eyes. ❤️ auntie Ri-Ri. #7months.”The heartwarming clip showed the toddler learning how to stand on her own two feet.

“Do this again. Try it again, mama,” Vanessa said in the video to her smiling daughter, as her late husband’s sister Sharia Bryant helped Capri sit back down on the ground.“Good job, Koko. Good job,” Vanessa added, as her little girl stood upright once again. “Good girl, mambacita.”Continuing to shower her baby with affection, the proud mama told Capri: “Good girl, sunshine. I love you.”

At Kobe and Gianna’s memorial on Feb. 24, Vanessa tearfully spoke of how much she misses her late husband and daughter.“We loved each other with our whole beings, two perfectly imperfect people making a beautiful family and raising our sweet and amazing girls,” she said of Kobe, who she married in 2001.

“Kobe was the MVP of girl dads, or MVD. He never left the toilet seat up. He always told the girls how beautiful and smart they are. He taught them how to be brave,” she said. “He had a tender heart.”

Reflecting on Kobe and Gianna’s strong bond, Vanessa shared, “They were so easy to love. Everyone naturally gravitated toward them. They were funny, happy, silly and they loved life. They were so full of joy and adventure.”

“God knew they couldn’t be on this earth without each other. He had to bring them home to have them together,” added Vanessa, before telling her late husband. “Babe, you take care of our Gigi. And I got Nani, B.B. and Koko. We’re still the best team.”

How to Grow a Mustache

How to see the last supermoon of 2020