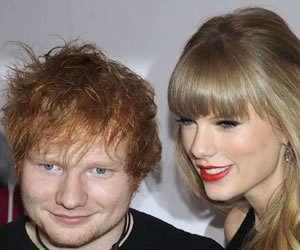 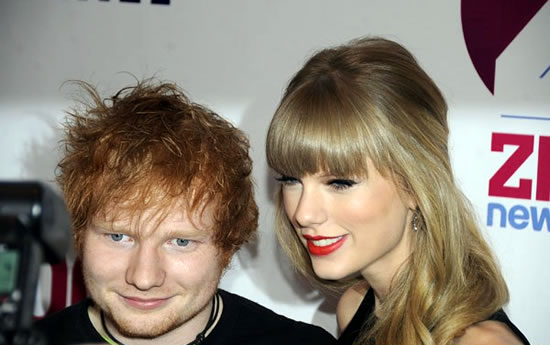 The Taylor Swift first romanced the ‘Lego House’ hitmaker last March but they broke things off to focus on their careers and now they have decided to give things another go. Sources say they grew close again after Taylor split from One Direction’s Harry Styles, who is a good friend of Ed’s. One told The media: “Taylor has always loved Ed to bits. He’s just an adorably sweet guy who makes her laugh and feel really confident.

“Harry had that irresistible bad boy thing but Taylor has realised she would rather give it a go with a guy who can make her happy on a different level.” According to US reports, Taylor and Ed spent the night together before last month’s BRIT Awards, staying up talking until 4am at Taylor’s London hotel. Ed was spotted leaving the hotel the next day in the same clothes he had been wearing the night before.

Last December, Ed said he thought he was not good looking enough for Taylor. He insisted: “We had great fun when we met, but I don’t think I’m Taylor’s type. “If you look at all the dudes she’s dated, they’re all tall, brown hair, brown eyes, very attractive and all the girls scream for them. I’m chubby, ginger with blue eyes.” However, Taylor has previously said: “I like people with red hair. I would do a ginger.” – Femalefirst