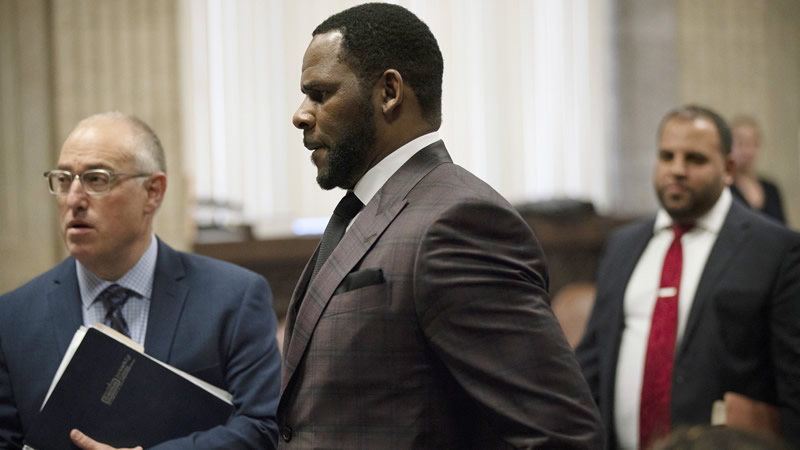 Jailed R&B star R Kelly is to be transferred to a New York prison ahead of his sex crimes trial this summer.

The I Believe I Can Fly singer has been behind bars in Chicago, Illinois, where he is facing a potential second trial later this year, since his arrest in 2019.

According to Billboard, Kelly’s trial in Brooklyn federal court was halted due to the COVID pandemic, but now a date has been set for 9 August, and the artist is on the move.

Prosecutors in Brooklyn claim the singer led a ring that helped him recruit women and girls for sex. He will also be on trial for the sexual exploitation of a child, bribery, kidnapping, forced labour and enticement.

He and his legal team met for a status hearing on Thursday where U.S. Judge Ann M. Donnelly firmly set the trial date. Both of Kelly’s`attorneys and the prosecution told Donnelly that they were ready to proceed on that date. Questionnaires to potential jurors will begin to be sent out on July 26.

Kelly, real name Robert Sylvester Kelly, has denied the allegations, and according to his lawyer, Michael Leonard, is looking forward to the trial.

Kelly was not in the courtroom for Thursday’s date hearing but listened in on a jail phone.

The charges against him involve six different victims.

There are so many signs’: Fans think Taylor Swift is teasing re-recorded release of 1989

Kris Jenner and Ben Flajnik Have “Date Night” at Nobu