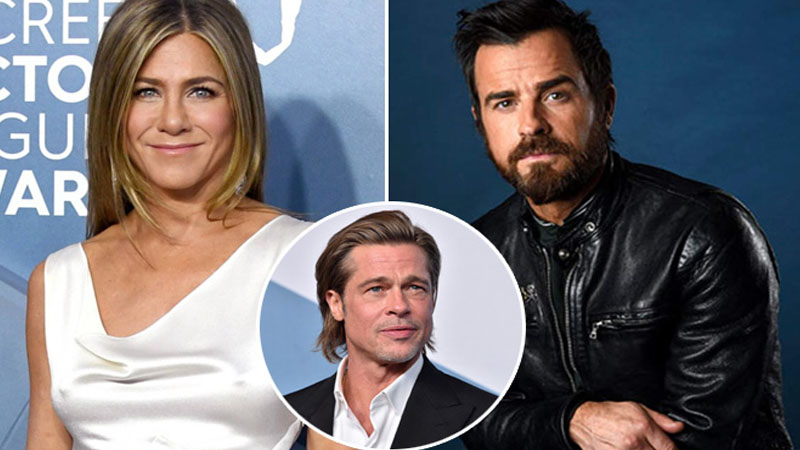 Brad Pitt and Jennifer Aniston’s split back in 2005 sent shockwaves down the globe and left many heartbroken over their crumbled marriage.

Even after they parted ways, fans still hark back to their briefly-lasted marriage, clinging on to some of the most precious moments they spent together. However, it appears the Friends star too has had a tough time letting go of her past with the Fight Club hunk, even when she was married to Justin Theroux.

According to reports, the Murder Mystery diva had met her Justin Theroux in 2007 on the sets of Tropic Thunder. And as their love strengthened over time, Jennifer opened up about her relationship with Justin in an in-depth interview in 2012.

“Having experienced everything you don’t want in a partner over time, it starts to narrow down to what you actually do want,” she had said. “As I get older I realise what qualities are important in love and what suits me. And what I won’t settle for,” she added.

They got married in 2015 after a three-year engagement, in a wedding ceremony that was disguised as a birthday party for Justin’s 44th birthday. However, things started going downhill for the couple by December 2017 when they went on a ‘make or break’ luxury break. The two announced their split only four days after Jennifer’s 49th birthday on February 11, 2018.

“We are two best friends who have decided to part ways as a couple, but look forward to continuing our cherished friendship.”

Since then it has been reported numerous times that the reason the couple had to go separate ways was that Justin felt ‘devastated’ by Jennifer still keeping secret love notes from her ex-husband Brad Pitt from when the two were married.

The notes read endearing messages like “you look nice tonight” and “miss you already.” The impact of the notes had seemingly been mammoth despite Jen’s repeated reassurances about them meaning “nothing” to her.

Apart from that, the couple’s preferred cities to live in had also been a reason that caused a rift. While Jen was more inclined towards Los Angeles, Justin had his heart stuck in New York. Since then, Jen had rekindled ties with Brad but sources have confirmed that things are strictly platonic between the two.