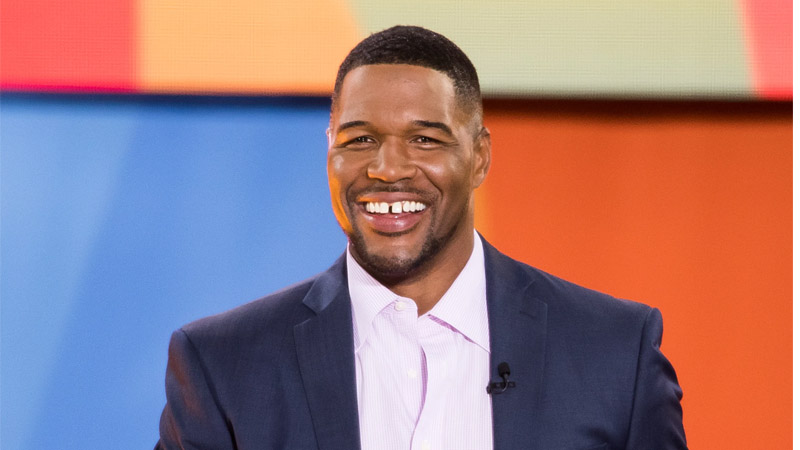 The GMA star has been married twice and engaged once.

Michael Strahan enjoyed a night on the town with someone special on Wednesday and his choice of companion sparked mass conversations amongst fans.

The Good Morning America host, 49, and former NFL star dined out with Eddie Murphy’s daughter, Shayne Audra, but many of Michael’s fans confused it for a romantic encounter. In the photo, Michael flashed his famous smile as the 26-year-old looked radiant alongside him.

He wrote: “Love having dinner with my bonus daughter @shayneaudra_ when she’s in town! Next time you’re cooking like you do on @rnskitchen_ I’ll make sure I don’t eat for a few days before, so I’m really hungry! Lol.”

Shayne wrote straight back and said: “Thanks for being the best bonus dad of all time. Got you as soon as I’m back. Love you always.”

Michael – who is a father-of-four – was engaged to Shayne’s mother, Nicole Mitchell Murphy, but they ended their seven-year relationship in 2014. Despite their break up he has maintained his friendship with Shayne and fans adored that fact.

His social media followers wrote: “It’s wonderful and amazing when you realize love conquers all …just because a couple breaks up doesn’t mean the relationship should end. You are a admirable person,” and another added: “I love that you still have her in your life!!!! never give that up.”

But others were confused. “Hello Mike is that your friend or girlfriend?” asked an inquisitive fan, which sparked many others to also question their relationship. They were set straight, however, as their almost father-daughter relationship was clarified.

Michael has been married twice before and has four children as the result of his marriages. When Michael split from model Nicole his spokesperson told People magazine: “They love each other very much, but with the distance and work schedule it has been hard to maintain the relationship.”

Kim Kardashian Reveals Where She Stands With Kanye West Today

Inside Cameron Diaz’s New Life as a Mother

During a rollercoaster ride, Kim Kardashian and Pete Davidson were photographed holding hands