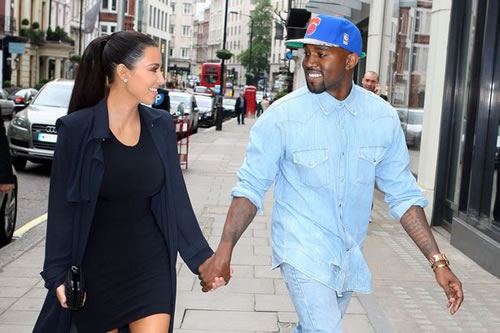 Kanye West says his relationship with Kim Kardashian is “true love“. The usually private 36-year-old rapper has made several appearances on Kim’s reality TV show ‘Keeping Up With The Kardashians’ and Kanye says he did so because he loves Kim, 32, and wants to make her happy. Speaking in the August issue of W Magazine, he said: “Oh, that’s just all for love. It’s simply that. At a certain point, or always, love is more important than any branding, or any set of cool people, or attempting to impress anyone. Because true love is just the way you feel. Thoughts and feelings can disagree sometimes.”

Kanye also revealed Kim’s experiments with fashion, which have often been greeted with derision by the press and public, are a sign of her love for him because he has encouraged her to try new things. He said: “Nobody can tell my girl what to do. She just needed to be given some platforms of information to work with. “For her to take that risk in front of the world, it just shows you how much she loves me. And how much she actually loves to learn. You got, like, a million companies saying, ‘This is impacting your brand! This is impacting your fans! And blah, blah, blah.’ But she still sees this light of beauty.”

While Kanye is madly in love with Kim – who gave birth to the couple’s first child North West last week – he admitted he considered releasing a copy of his own sex tape last year, featuring himself and a former lover, when he was threatened with extortion. He explained: “For the most part, I’d rather people have one of those home videos than some of the paparazzi photos that get published. At least I recorded the s**t myself. That tape couldn’t have hurt me in any way if it came out–it could only have helped.

Is The 7 Minute Workout Too Good To Be True?