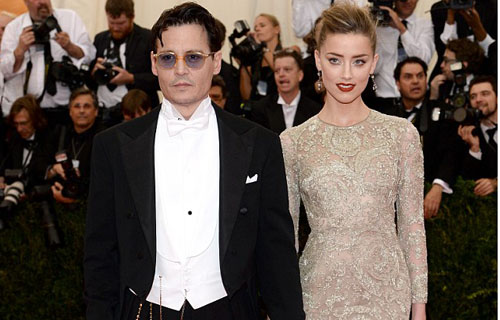 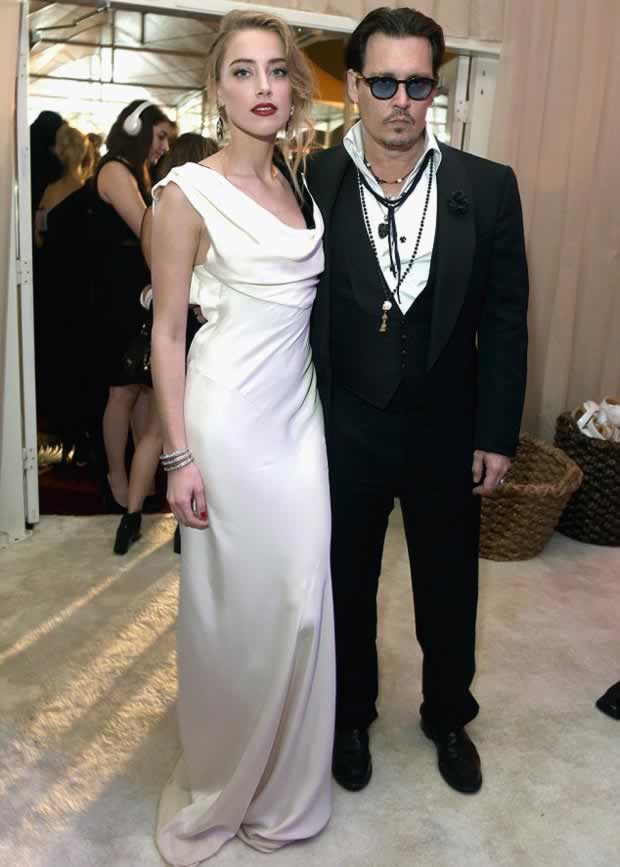 The site claims that the pair – who got engaged in December 2012 – tied the knot at their home in Los Angeles on Tuesday. They are expected to stage a bigger ceremony on the actor’s private island Little Hall’s Pond Cay in the Bahamas this weekend. 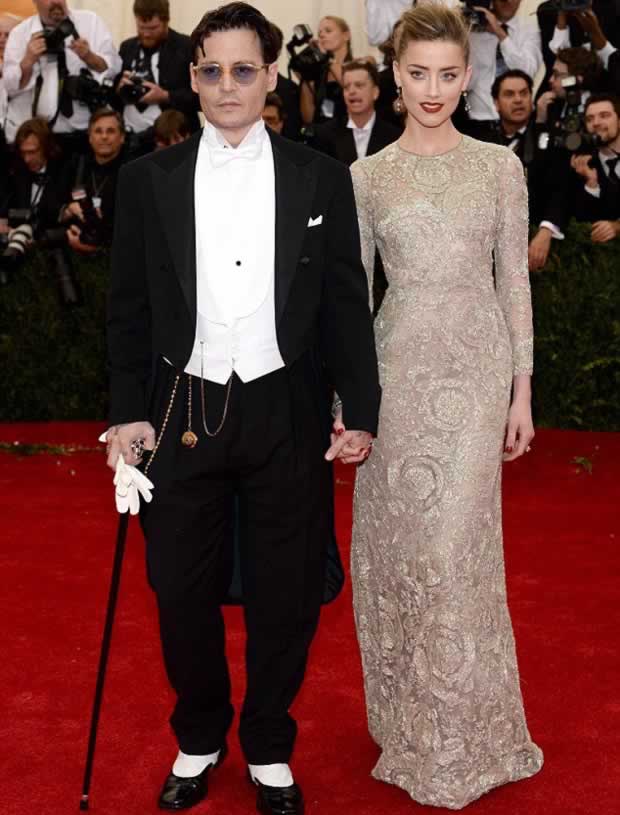 PageSix has reported that the guest list will be a modest 50 people at the Bahamas ceremony, and that Amber will wear a dress by Stella McCartney. Another source reported by E! recently revealed that Johnny, 51, who has two children, Lily-Rose, 15, and Jack, 12, with ex-girlfriend Vanessa Paradis, couldn’t wait to make Amber, 28, his wife. The source said: ‘He’s completely in love and can’t wait!’. 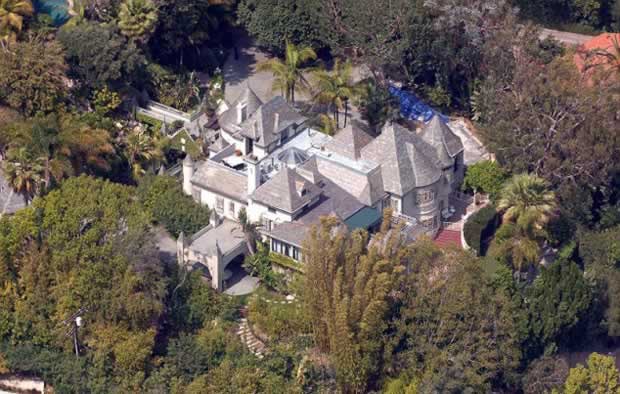 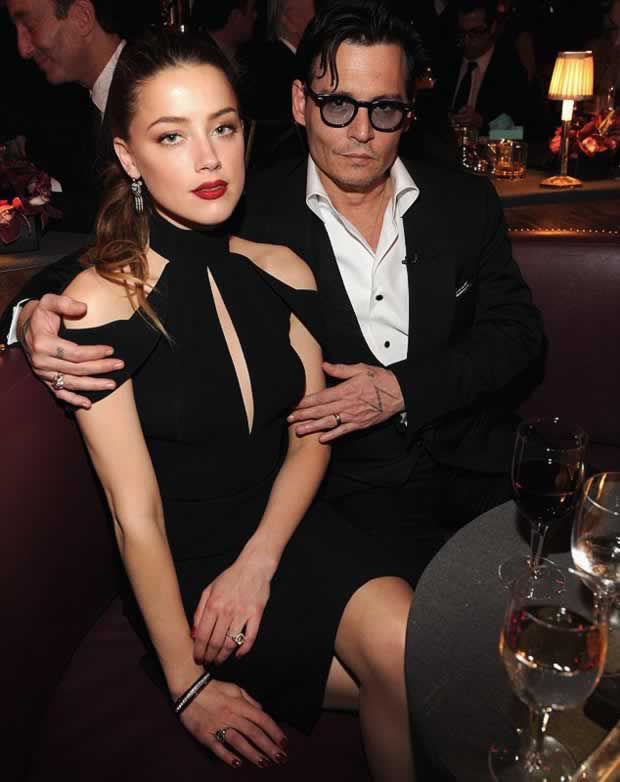 Despite their 14-year relationship and two children, Johnny never married French singer Vanessa. However, it is not the first marriage for the actor, who was wed to make-up artist Lori Anne Allison from 1983 to 1985. Johnny was just 20-years-old while Lori was 25, when they married at a small family ceremony in Florida. Meanwhile, Johnny and Amber are believed to have chosen to wed this month in order to fit in with their hectic work schedules. 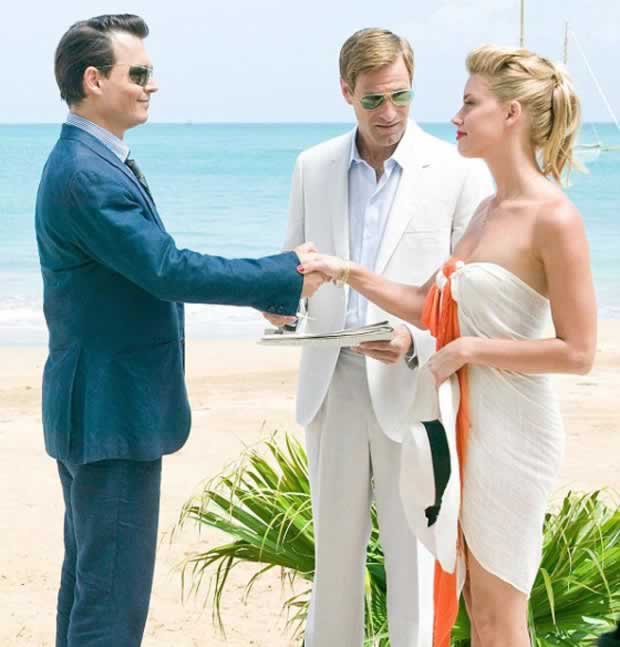 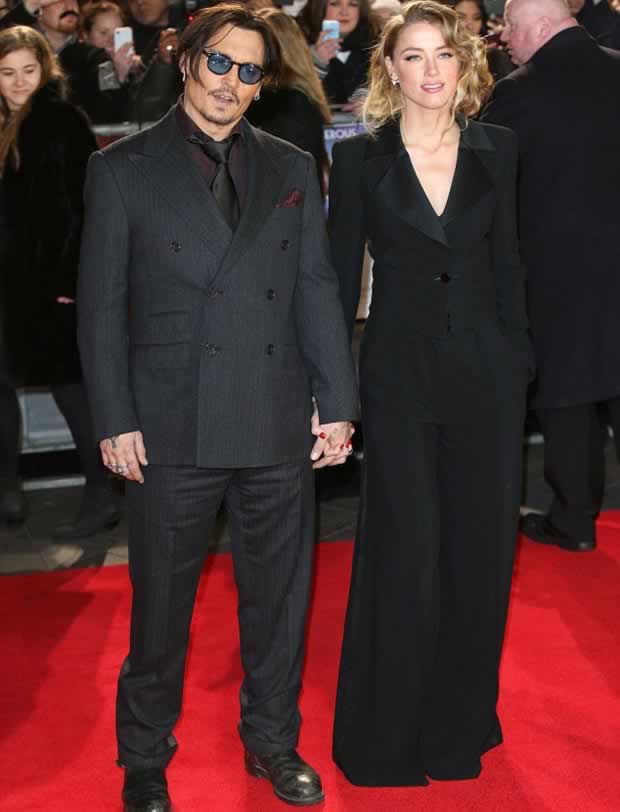 ‘Marriage is really from soul to soul, heart to heart. You don’t need somebody to say, okay you’re married.’ He added: ‘If Vanessa wanted to get hitched, why not. But the thing is, I’d be so scared of ruining her last name! She’s got such a good last name.’ Johnny has previously dated supermodel Kate Moss for four years, and has been engaged to Winona Ryder, Jennifer Grey and actress Sherilyn Fenn.

Kim Kardashian Doesn’t Need a Man to Be Happy