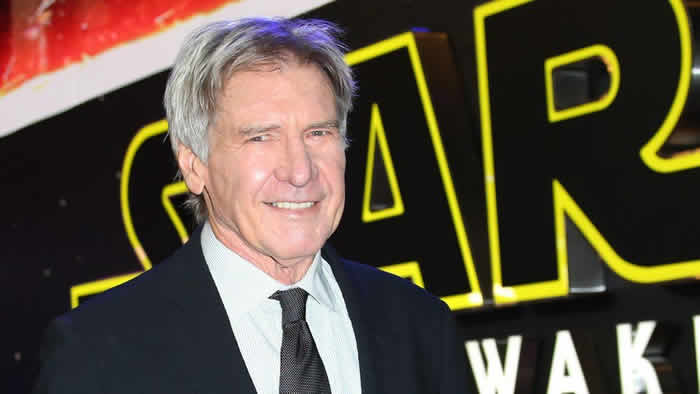 The Force Awakens now in UK cinemas, Harrison Ford says he hopes audiences don’t spoil the plot for people who are yet to see the film. Disney asked journalists who saw an early preview to keep the story secret, which most seem to have done.

It’s a strategy Han Solo and the rest of the Star Wars cast hopes will work. “I just think it’s great for an audience to go in and have a film experience rather than being told what’s going to happen,” says Harrison.

Many of the reviews online this week also tried to keep story details to a minimum. The fans and critics who have already seen the film have mostly been praising it. On Twitter some people have distracted themselves by posting amusing fake spoilers instead. In one joke punchline, Jon Snow from Game of Thrones is revealed as Darth Vader. There is also an Obi Wan Catnobi doing the rounds. Simon Pegg consulted on the script with his friend JJ Abrams, who directed The Force Awakens.

He’s in total agreement with Harrison, and wants people who’ve seen it to keep quiet. “These days people are just so quick to ruin films for everyone else just because they can,” says Simon. “And I think it’s really wonderful how people are sticking to the ‘no spoilers’ rule. I find that really heartening. “I think it’s very honourable and it’s a lovely thing.” Thousands of fans have already seen the film on its first day of release, having booked tickets to midnight showings in cinemas across the country.