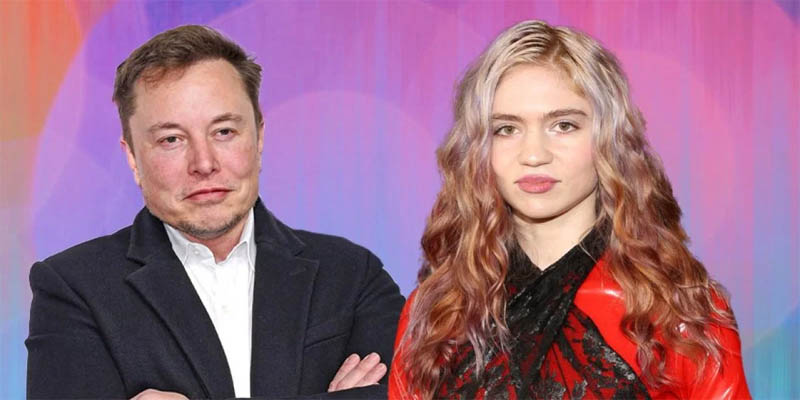 The 32-year-old singer has given birth to her first child on Monday, her boyfriend Elon Musk confirmed in a tweet. Musk shared the exciting news on Twitter when a fan asked for an update on the baby after the Tesla CEO had previously shared that Grimes was due on Monday.

“Mom & baby all good,” he wrote on Twitter four hours following a tweet that read: “A few hours away!”Musk late revealed on Twitter the couple is proud parents of a boy. In true Musk fashion, he also announced the baby’s name was very outside the box telling fans his son was called X Æ A-12 Musk.

The baby is the first for Grimes, whose real name is Claire Boucher, while Musk, 48, has five sons from a previous marriage. His first son, Nevada, died tragically of SIDS at 10 weeks old in 2002. Weeks after sparking pregnancy speculations with a baby bump photo in early January, Grimes confirmed she was expecting in a candid post shared on Instagram later that month.

Asking her followers how they “cope with working and having a baby,” she wrote in the caption of a selfie, “I’m sorry I haven’t been promoting my album properly or on social media more. This whole thing has been a bit of an ordeal.”

“Had some complications early on, a decent second trimester but starting to hurt everywhere at 25 wksz,” Gimes continued. “I feel like I was woefully ill-prepared cuz I dunno if pregnancy is as visible or discussed as it should be. I just didn’t really understand what I was getting into.”

The “So Heavy I Fell Through the Earth” singer confirmed Musk was the baby’s father in a digital March cover story for Rolling Stone, saying “I do actually just really love my boyfriend,” and explaining of how she decided to welcome the idea of getting pregnant, “So I was like, ‘You know, sure.’ ”

Speaking further about her two-year relationship with the SpaceX founder (she and Musk were first romantically linked in May 2018), Grimes told the magazine, “No one believes me about this, but I just did not understand what I was getting into at all.”

“Not that I’m mad about it. I just didn’t think it would be a thing,” she said. “The s— that’s happened with my boyfriend this year has overwritten so much of my life’s work.”Grimes added that despite trying “to sleep at a reasonable time” at the beginning of her pregnancy, the unfamiliar practice “actually made me feel really bad.”

Luckily, “I think my kid will be nocturnal,” she noted. “Currently it is! It doesn’t move during the day, only at night.”