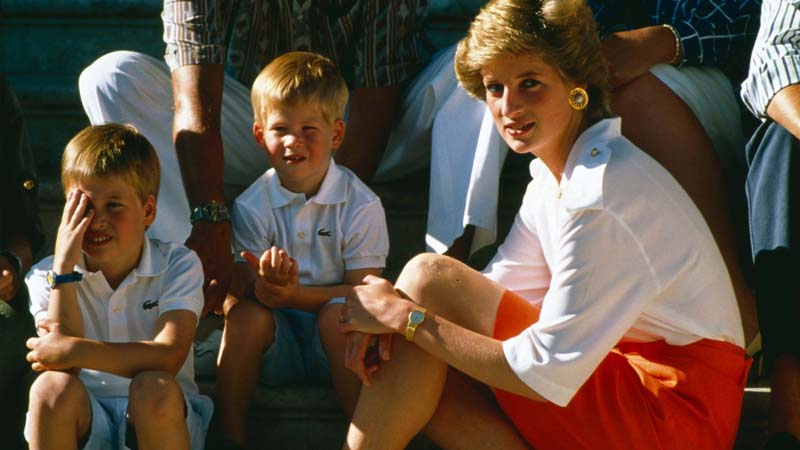 A new documentary series on the late Princess Diana could “open new wounds” for Prince William and Prince Harry.

‘Being Me: Diana’, a four-part series, is reportedly due to hit Netflix and will look at the late royal’s battle with mental health, primarily her battle with bulimia, and her tumultuous marriage to Prince Charles – the first in line to the British royal family’s throne.

According to royal writer Leslie Carroll, the upcoming series could be an extremely painful watch for Diana and Charles’ sons, who were just 15 and 12 respectively when the late princess died in a car crash in Paris in August 1997, aged 36.

The new project will reportedly see previously unseen footage shown from Diana’s speeches between 1990 and 1992 as well as interviews with people close to her.

Leslie says that, depending on who is tells their version of events in the documentary, William, now 37, and Harry, 35, may end up having some “closure” on their loss or it could cause them emotional pain.

It might provide closure, or it might open new wounds for the sons. It all depends on who is going to speak to the camera and what they might reveal.”

Quarantined With Your Partner? Here’s How to Survive Being Together 24/7

‘God told me to cut off Taylor Swift at 2009 VMAs,’ claims Kanye West