It’s never easy to be style icon and facing and defending yourself from all the criticism especially for an innocent child of 4 years unless you have a mother like Angelina Jolie.

Angelina Jolie, who is currently promoting her film ‘Salt’ defended the style sense of her daughter, Shiloh by saying she found her style sense completely ‘fascinating’ also adding that she will never force any of her six children to do something they are not.

Recently, Jolie’s daughter, Shiloh has been pictured wearing boys’ neckties, jackets, hats and other clothing giving her a complete tom boy look. Jolie while supporting the style said that children should be allowed to express themselves in whatever way they want.

Angelina Jolie also added, “Society always have something to learn when it comes to the way we judge each other and label each other” which made the crew of the ‘Salt’ a bit uncomfortable. 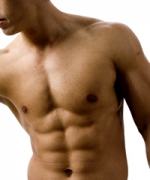 Scorsese and DiCaprio to team up again for ‘The Gambler’