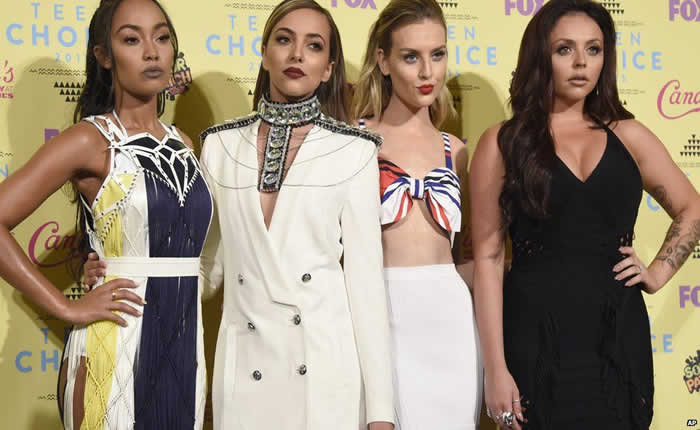 It’s been announced that 5 Seconds of Summer, Little Mix, Nick Jonas and All Time Low will play Radio 1’s Teen Awards at Wembley Arena on 8 November. The ceremony will honour the UK’s unsung teenage heroes. The details were revealed on The Radio 1 Breakfast Show with Nick Grimshaw.

It’s the sixth year of the event and 5 Seconds of Summer joined the DJ to make the announcement and play their new single Hey Everybody in the Live Lounge. They also banged out a cover of Drown by Bring Me The Horizon.  Nick Grimshaw will present the event, and will be joined throughout the ceremony by some special co-hosts. Nominated by Radio 1 listeners, the winners will be chosen by a panel of judges consisting of Radio 1 DJs and former Teen Heroes. 5 Seconds of Summer said: “A big thanks to Radio 1 for inviting us to be a part of this year’s Teen Awards.

“We really appreciate their support and we’re proud to be involved in an event that celebrates inspirational teens. Gonna be a big night.”  Little Mix are also excited to be taking part they said: “We literally can’t wait, it’s been three years since we last performed at the Teen Awards. “It was the first time we performed DNA and we loved it but we were so nervous, we were terrified.” The ceremony will be broadcast live on Radio 1 and on the station’s website, and will be on CBBC straight afterwards. Cel Spellman will provide the Teen Awards after party and will broadcast his 5-7pm show live from the venue.