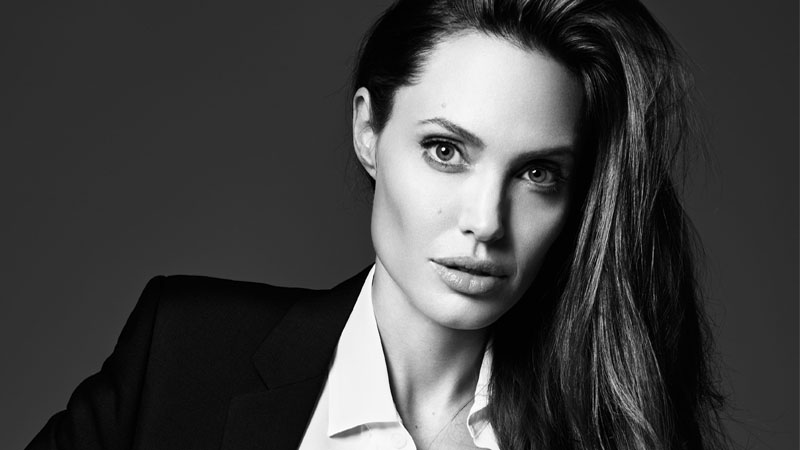 Angelina Jolie turns 45 today and as we know this fact is just as surprising to you as it is to us given her stunning personality and beauty. Angelina is now not only an actor but a filmmaker, and humanitarian as well. Born in the year 1975 to actors Jon Voight and Marcheline Bertrand, Angelina surely had acting running in her blood.

She began to model and perform as a child actor alongside her father in Lookin ‘to Get Out in 1982, but it wasn’t until her first big role in Hackers that she became popular. She had mesmerized the audience with her Oscar-winning role in Woman, Interrupted in 1999. Her films often received mixed reviews but she was still applauded for her performance.

She made her directorial debut with the Land of Blood and Honey in 2011. She also began to volunteer with charitable causes. Angelina became a humanitarian when she became a Goodwill Ambassador for the United Nations High Commissioner for Refugees The mother of 6 has her work and personal life balanced.

Angelina with her determination and perseverance went on her path to the heights of achievement. She lives according to her rules and has won the reputation of becoming one of Hollywood’s most prominent personalities. Today we have some interesting facts about the stunning and one of the most beautiful and talented actresses of Hollywood. Check them out.

Do you know her ancestors?

The actress is of German, Slovakian, French Canadian, Dutch and Iroquoin ancestry.

First moment on a stage

She suffered from depression

Angelina suffered with depression, self-harm and drug abuse while growing up.

Do you know what her alternate career choice was?

Angelina was fascinated by death, and she wanted to grow up to be a funeral director.

Angelina’s favorite kind of animal were reptiles. She even had a lizard and a few snakes as her pets.

In 1996, she got married to Jonny Lee Miller. Do you know what she wore? she wore black leather pants and a white shirt. On the back of the shirt, she wrote Jonny’s name in her own blood. “I wanted to make it special.” shared the actress.

The actress is left handed

She is left-handed. For her character as Lara Croft, the makers needed to create custom-made guns with ambidextrous controls for her to use.