Spy is the comic version of the James Bond movies. We have MI6 secret agents who are on mission but the movie has brought a nice blend of comedy and action.

With stars like Jason Statham and Jude Law, you can expect some serious action scenes in the movie, but Melissa McCarthy is the comic factor who adds a rib cracking humour. 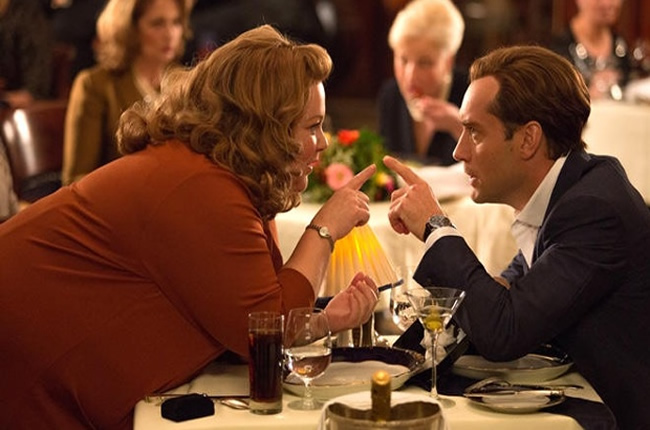 The action comedy is about a CIA operative, Susan Cooper (Melissa McCarthy), whose desk job is about to turn into a field agent. Susan is CIA analyst guiding her partner, Agent Bradley Fine (Jude Law) on a mission to Bulgaria from the CIA office in the US. While she is doing a perfect desk job as Fine’s guiding analyst, she is self-deprecating as she desires to try some field job.

From the very beginning, Spy will give you the humour when Fine accidentally shoots his target due to pollen in the room which makes him sneeze and ultimately fire the pistol. As he fails to retrieve the location of missing tactical suitcase nuke from his target, Susan guides him to escape back to US, but is sent to search down the target’s daughter, Rayna Boyanov (Rose Byrne) who knows the location of the missing suitcase nuke bomb. Rayna is one powerful woman who knows all the details on the CIA agents. After Fine is apparently shot down by Rayna while he tries to get info on the missing nuke bomb, Susan volunteers to her boss Elaine Crocker (Allison Janney) to go on the mission, and Elaine agrees. Fellow CIA top agent, Rick Ford (Jason Statham) is disgusted over the decision of Elaine as Susan is not a trained agent.

However, Elaine argues as Rayna knows the identity of all the top secret agents of CIA including Ford so, she picks up a fresh face who would find a bomb without being identified. Susan gets a new identity, Penny Morgan, a divorced housewife from Iowa. Susan is trained and she is too funny in the new look. Susan befriends Rayna to get into her inner circles and also tries to prevent the sell of a tactical nuclear weapon to a terrorist organisation. What follows next is a rib tickling comedy with lots of twists where Susan tries to find the suitcase without being identified,

and how she fights off assassins like Lia (Nargis Fakhri) and De Luca (Bobby Cannavale). Written and directed by Paul Feig, the director of “Bridesmaids” and “The Heat,” the movie is a fun weekend watch.