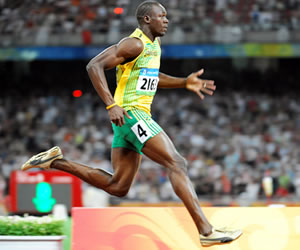 The first sporting events got underway in London couple of days ago and the grand opening ceremony, making today the perfect day to get ready for this Thirtieth Olympiad by looking back at our list of the 10 greatest athletes ever to grace the Summer Olympic Games.

Some of the names you already know, some of them (especially if you’re younger) you do not. But what these 10 men and women have in common is that they left the longest-standing global athletic competition forever changed. 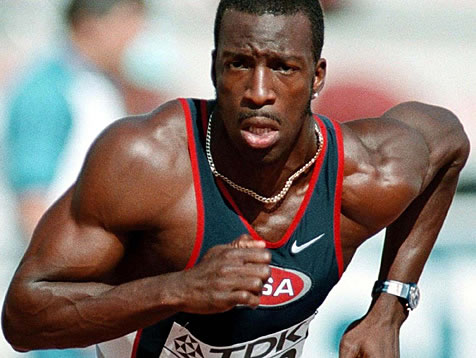 To who grew up in the ’90′s or earlier, Michael Johnson will forever be the Fastest Man on Earth and Usain Bolt will be nothing more than his less-talented successor. Johnson originally won five Gold Medals in three different games, but voluntarily returned the fifth when one of his relay partners, Antonio Pettigrew, admitted to using performance-enhancing drugs years later. Still, Michael Johnson has four other Gold Medals to his name as well as the famous gold shoes. Earlier this year, Johnson came out and said that he believed much of the success he achieved in his career is due to genetic advantages he was born with as part of his slavery-laden ancestry. Many refute that claim, but whatever the cause, he remains one of the great Track and Field athletes ever. 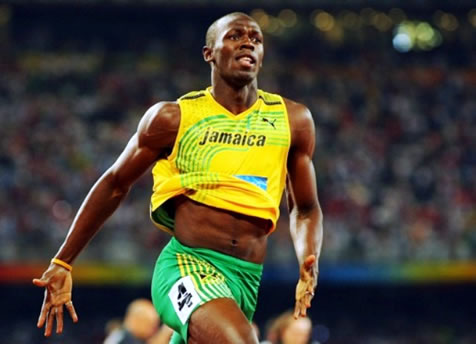 We’d like to put Usain Bolt higher on this list, but he may not even be halfway through his Olympic career. So we leave his name at #8 with an asterisk with us reserving the right to move him up or down later! As it is, however, Bolt already has three gold medals to his name. He was a part of the 4X100 Meter Jamaican Relay team and also won Gold in the Men’s 200 Metres. But the crowning moment of his career so far of course came when he absolutely torched the competition in the 100 Metres and slashed down his own World Record with a new time of 9.69 seconds. He will be one of many household names closely watched in the upcoming 2012 London Games. 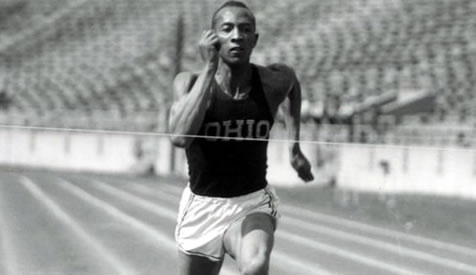 Jesse Owens had no official nickname, but “Captain America” might be pretty fitting. No, he doesn’t look like the much taller (and Caucasian) comic book character, but Owens performance at the Berlin Games brought a spirit of national pride when the good ‘ole U.S. of A. need it most. You see, Nazi Germany was on the up and up, and Adolf Hitler saw his country hosting the Olympic Games as the perfect opportunity to prove his theories on race superiority. The United States was by no means close to Germany in its political ideologies, but the nation, for the most part, wasn’t all that progressive, either. So the chances of a Black athlete taking the limelight between these two juggernauts weren’t very good. But Owens did just that as he won four Gold Medals at the games. But don’t chalk this up to America rallying behind one of their own. Franklin D. Roosevelt never invited the world champion for a formal ceremony at the White House. Reports at least suggest Hitler shook the man’s hand behind closed doors after he won. And when Tommie Smith and John Carlos raised their black-gloved fists at the games over THREE DECADES later, it was still considered controversial. 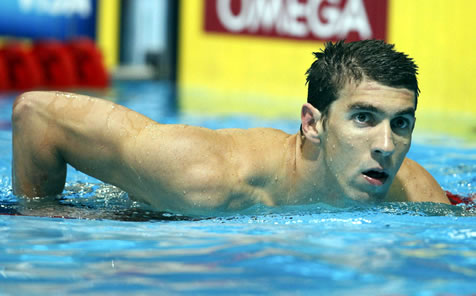 Larisa Latynina is quite the mouthful for a name, and when you try wearing all the Olympic Medals she has won, your neck will hurt, too. That’s because Latynina is currently the all-time Olympic leader in medals won. During her career spanning from the 1956 Melbourne Games to the 1964 Tokyo Games, Latynina won nine Gold medals, five Silver, and four Bronze for a grand total of 18 medals. Now, Michael Phelps is nipping at her heels and will likely surpass her during his program at the London Games, but Latynina remains the champion for now. 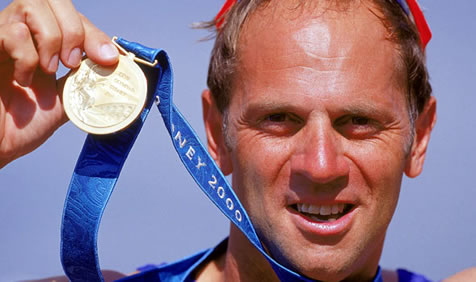 Before Redgrave came along, the best Olympians in the world had ever only dreamed of grabbing the Gold in four different games. But the British Rower changed all that in the 80′s and 90′s when he became the first Olympian in ANY discipline to win a Gold Medal in five different games let alone consecutive ones. After winning his first in the Coxed Four event, Redgrave won his next three in the Coxless Pair in ’88, ’92, and ’96 then captured his fifth in the Coxless Four event in Sydney in 2000. Though we’ve only had two games since 2000, his record still stands strong today with no one even close to threatening it. In fact, the feat was so impressive he was knighted in 2001 by Queen Elizabeth II. So that’s SIR Steven Redgrave to you!

Even though Spitz’s only claim to fame was ousted by the man, the U.S. swimmer owes Michael Phelps a debt of gratitude. Why? Because if it hadn’t been for him, most of us probably would have forgotten the man did something way more impressive than grow a wicked mustache. The success to which I refer to took place at the 1972 Games when Mark Spitz famously became the first man to win seven gold medals in a single Olympic Games, three in relay events and four in individual competitions. Add that with the two win one in Mexico City as well as the Silver and Bronze he won there and Spitz’s total Olympic Medal count for his career stands at 11. His record set at the Munich Game stood for 36 years before Michael Phelps won 8 at Beijing in 2008. Still not bad for a guy most people mistook for a porn star. 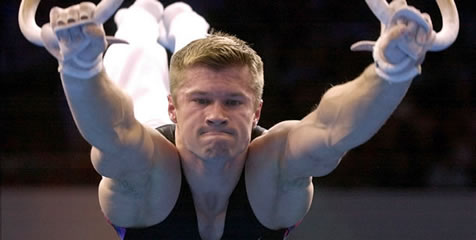 Those who were expecting me to do a “In Soviet Russia” Simpsons joke here are going to be let down, because Alexei Nemov was one of the coolest dudes ever to wear a unitard. Between the games in Atlanta and Sydney the Russian gymnast racked up four Gold medals, two silver, and six Bronze. Yeah, that’s TWELVE total medals in TWO Olympic Games. From the vault, to the floor, to the pommel horse, to the bars, Nemov did it all. And, more times than not, he ended up winning something. But with six of them being for third place, does he really deserve to be #4 on this list? Well almost all of his colleagues above never attained such a Medal count, so he stands comfortably just inside the Top 5. 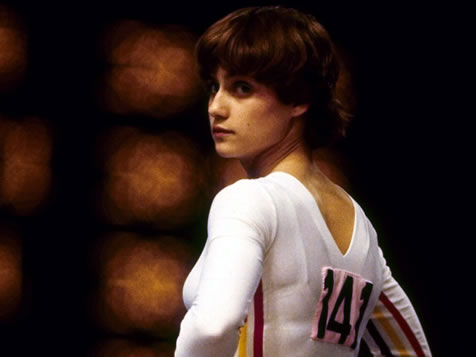 If a teacher or coach ever tries to console you with the cliché “nobody’s perfect”, you kindly ask them to tell that Nadia Comaneci. That’s because, while competing in the team portion of the games, she aced her routine on the uneven bars and received a perfect score of ’10′. Not only had no one ever received a perfect score, no one was anticipating it either, which proved to be a problem because the scoreboards inside the arena had no way of displaying such high marks. Instead, her score read ’1.00′. Eventually, though, the crowd put two and two together and gave her a standing ovation. Between her performances at those Montreal Games and later at the less-attended Moscow Games, Comaneci racked up five Gold medals, three silver, and one Bronze. Oh, and you want to hear the kicker? She was only 14 when she received that perfect score in 1976. 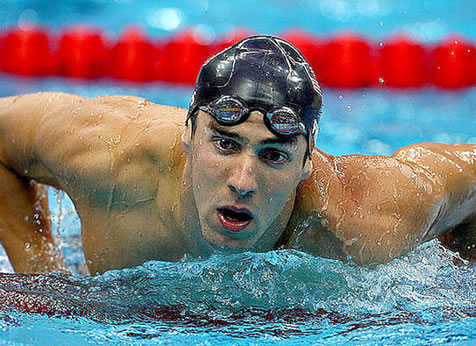 If you don’t know who Michael Phelps is, you’ve been living under a rock wearing a tinfoil hat for the last decade. The man they call the Baltimore Bullet (No, he wasn’t in ‘The Wire’) is the only Olympian, swimmer or otherwise, to win eight Gold medals. But he’s not willing to rest on those laurels alone. Those eight Gold medals as well as the six and two Bronze medals he received in Athens brings his grand total medal count to 16 and the 27-year-old isn’t done yet. Phelps will compete in seven medal events at the London Games even though he qualified for eight, the eight he broke history with back in 2008. He only needs to medal in three events to surpass the Soviet Union’s Larisa Latynina as the all time Medal count leader. 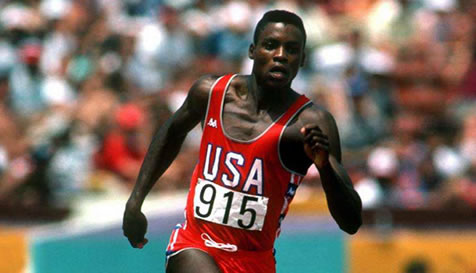 Track stars don’t typically enjoy long stints on top of the sport. It seems like, just as they reach the top, some young gun comes rearing up from behind challenging them for the throne. Enter the exception to the rule, Carl Lewis, who walked away with a Gold medal in a Track and Field event in FOUR different Olympic Games. Add that to the fact that he’s one of only five Olympians to win at least 9 Gold medals and the fact that no other Track and Field star have had such a widespread range of events in which they dominated for so long, and you have the reason why Carl Lewis is our #1 Olympian of all time. When you look at each criterion separately, Carl Lewis doesn’t stand atop a single one. But when you step back and look at the bigger picture — at the sheer scope of just how Lewis dominated the Olympic Game he participated in — you can see why he has a ‘numero uno’ next to his name here. – Guysnation

Most Expensive Tequila in the World

Top 10 IPod Games that You Must Play

10 Most Beautiful Female Singers in the world 2020