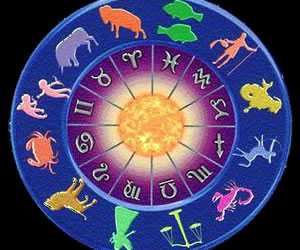 Mercury’s return to your work sector over the weekend brings a new sense of urgency to the Sun’s month long visit, giving you the intellectual savvy and the shake up to get things moving. Mercury is only here for 16 days so he doesn’t have time to muck around and with a New Moon next week it’s time to get things moving. This comes just as Pluto is moving into his final weeks in retrograde motion in your career sector, slowing down your overall professional focus and giving you a chance to look back, with hindsight. This is something that you will need to put to the side, to address when and where you can, while more dominant work forces take the lead. Expect a busy week, but with Mercury’s intellectual savvy you’re able to work smarter, accomplishing more in the long run.

As you move into the new week Mercury is still another 2 weeks away from your work sector, which is when things will become a lot more urgent as you begin a sprint to the finishing line. Yet despite an apparent lack of urgency this week and an almost languid atmosphere, things are actually a lot more urgent than you realise. It’s on Thursday that Saturn moves into his final week in your work sector and as he won’t return for another 27 years, putting your work situation on the right course and dealing with any work matters or urgency is a top priority. When Mercury returns it will be time to get things moving, whereas until he returns you have a chance to take care of any housekeeping, approach all work situations with a stoic work ethic and need to keep things real and authentic.

It’s where the weekend’s Full Moon in your career sector has given things a push that you’re able to catch the ball and run with it, trusting your professional instincts and anything that has come to a head. While all Full Moon’s will create pressure and push buttons, the weekend’s Full Moon was the first in your career sector involving Neptune in your lifetime, leaving you with a much clearer sense of your professional dreams and aspirations. It’s the fact that you have Mars and now the North Node in your work sector that you have the passions, the sense of direction and the fighting spirit to begin the process of closing the gap between where things stand now and what you know is possible. Yet despite any urgency there is a need to pace yourself, with busy work forces here to stay.

The North Node’s departure from your work sector last Thursday has left you with no planetary activity there, giving you a chance to let things settle and find their own momentum, before Mars returns early next month to pick up the pace again. After 18 months in your work sector the North Node has left you with a clear sense of direction and of your priorities on the work front, with a chance to spend the next month letting things find their own level. That means not pushing things on the work front or holding onto anything, instead letting the pace you’re meant to be on establish itself. Meanwhile, this gives you a chance to focus on your overall professional objectives with Uranus, in retrograde motion in your career sector, now the only planet active on the professional front.

With Pluto still in retrograde motion in your work sector and the South Node back in your career sector, with its focus also on the past, you have a chance to look back and to tap back into the powerful professional forces that dominated in the first half of the year. If it feels like you’ve lost your mojo since Jupiter left your career sector and since Pluto turned retrograde in your work sector, it’s more that you needed time to step back and let things settle and for things already in play on the work and career fronts to play out. But with Pluto turning direct in your work sector mid month, you’re likely to be getting a case of itchy feet. Your professional instincts will be especially sharp between Wednesday and Friday, with a chance to pick up on some valuable clues.

You’re likely to be feeling a sense of liberation and a lot more confidence on the professional front this week, with a sense that the past can no longer reach out and pull you back. For the first time in 18 months you’re moving into the new week without the South Node and its link to the past in your career sector and as it won’t return for another 17 years, you’re finally able to focus on the road ahead. It’s the South Node’s position here until last Thursday that has kept powerful Jupiter energy in check, with a chance for anything held back because of this to gain some speed and leverage. Yet more important than any movement on the career front is a sense that there’s no going back. By the end of the week you’ll have a much clearer sense of where things stand.

The weekend’s Full Moon in your work sector is likely to have given things a nudge, as well as bringing some timely wakeup calls and reminders. With the Moon having already moved on any pressure should have dissipated or already be easing back, while the push this has given things is still likely to be reverberating. Where things have become stuck or you weren’t sure which side of the fence you’re on you now have a new sense of clarity. This comes just as Venus is moving into her final days in your career sector and due to leave on Friday the process of defining your professional desires and expectations has become a lot more urgent. The push your work situation has just received, along with clear professional desires, allows you to move forward with a new sense of determination.

Between Mercury’s departure from your career sector over the weekend and Venus’ return on Friday is a gap of just 6 days, where you’re able to let things settle and create a break between Mercury’s intellectually savvy focus and Venus’ more heart driven focus. It’s into this gap that the Moon manages to squeeze in a visit to your work sector, his last before a Full Moon later in the month. The Moon returned to your work sector on Sunday, the day after Mercury left your career sector and will leave on Wednesday, 2 days before Venus is due to return. This gives you a chance to focus on work matters and to pick up on some valuable clues, hunches and wakeup calls. Venus’ return to your career sector on Friday will bring you into the final chapter of getting your professional year up to speed.

As you move into your new working week there has been a dramatic turnaround to where things were this time last week, thanks to the South Node’s return to your work sector last Thursday and Mercury’s return to your career sector over the weekend. As the South Node spends its first full week in your work sector in 17 years you’re able to tap back into the confidence and drive Jupiter left you with, when he left in June, allowing you to tap back into all that motivated you then. At the same time Mercury’s first week in your career sector gives you the intellectual savvy to think on your feet and maximise what is a fast turning situation. While you’re still likely to be dealing with some work/life balance issues, Mercury’s presence helps you to work smarter and a lot more effectively.

When the South Node left your work sector last Thursday this released the mooring lines that have kept you linked to the past, pulling you back down to earth when you started to move on. That’s all changed and with the South Node gone Jupiter is now able to soar and really test his sea legs. Not due to leave your work sector until June 2013 Jupiter has moved into a new phase, with the Moon’s return to your work sector on Friday giving you an intuitive read on the shift in dynamics this has created and how to respond. Until then let things find their natural pace and momentum. While Saturn moves into his final month in your career sector on Thursday it’s not until the 17th September that things will become urgent. Until then solidify your position on both the work and career fronts.

As the North Node spends its first full week in your career sector in 17 years, providing a powerful new sense of professional direction, Venus is moving into her final days in your work sector, with your expectations turning on their head. Before leaving your work sector on Friday Venus is working to give you a clear sense of what you want and where you’re going on the work front, making it important to listen to and trust your heart. What is giving you the confidence to believe in even the wildest of pipedreams is not only having the North Node in your career sector but also Mars and his professional passions and fighting spirit. This is a crossover week, with a chance to finish things up on the work front before committing to the professional growth that is now possible.

After the North Node’s departure from your career sector last Thursday and Mercury’s departure from your work sector over the weekend, for the first time in 18 months you’re moving into the new week with no cosmic activity in either of your professional houses. This is just temporary, for with Venus returning to your work sector on Friday and Mars returning to your career sector early next month, this is simply a fire break, giving you a chance to not only let things settle but to create a break between the old era and a brand new one. The North Node has left you with a clear sense of professional direction and Mercury with the ability to work smart, gifts that you’ll hold onto for as long as you choose to work with him. Until Venus returns to your work sector on Friday let things settle. – freepsychicnetwork

The Triangle of Good Grooming