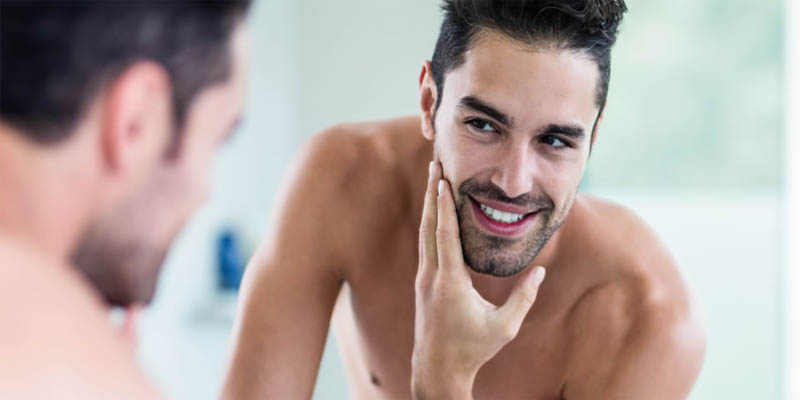 Some men get it. Somewhere along the way, they’ve learned about grooming and good overall hygiene. They might even know how to moisturize and exfoliate, once exclusive skills of the fairer sex.

But some men still don’t. And while they might not be the hapless slobs often stereotyped in the media, they could still learn a thing or two about how to get clean.

Wash Your Face Twice a Day

Voce says this is not only an important personal hygiene rule, but also a critical aspect of men’s health.

“But never use soap, body gels, or body scrubs on your face,” he warns. “While it may be the cheapest way to go and convenient when you’re in the shower, using soap and water will strip your skin of essential moisture and upset its natural pH balance, leaving it irritated and dry.” Instead, Voce suggests using “a facial cleanser designed to normalize your pH and restore moisture balance.”

This seems like a men’s hygiene no-brainer, but whether it’s using deodorant or antiperspirant, many men don’t follow this simple guideline as frequently as they should. Many men also might not realize the difference between the two products.

“A deodorant gets rid of odor caused by sweating, while antiperspirants actually stop and dry up perspiration,” says Maurice Voce, co-founder and chief marketing officer of Skin Authority, a natural skin care brand. “Look for an antiperspirant/deodorant combination and make sure the fragrance isn’t too overpowering.”

How often should you shampoo your hair? An estimated 93 percent of American adults do it daily, according to one study conducted by Mintel, a market research firm. But many dermatologists and stylists think that daily washing – while more necessary for those with particularly dirty or oily hair, or those with dandruff – can strip your hair of beneficial oils and cause dryness and damage. They say it’s fine to shampoo three times a week.

And does it matter when you step into the shower and all you see is a bottle of your wife’s shampoo? There’s no real difference between most men’s and women’s shampoos, besides branding, packaging and fragrance.

It may seem like a hassle, but Orlando says that all men should adjust their hygiene rules to include this detail. “Shave daily, even on the weekends,” he says. “She wants to see you at your best, so don’t save yourself only for work,” Orlando says. “Men whose facial skin is tender and needs a break one day a week get an exemption.”

It’s the part of the body that men value the most. How exactly should you take care of it? Doctors recommend that you gently wash your penis regularly with warm water. If you’re uncircumcised, remember to pull back the foreskin and wash underneath. If you don’t, a cheesy-looking substance called smegma may begin to gather. Smegma is a natural lubricant that helps keep the penis moist, but too much can start to smell and become a breeding ground for bacteria, causing redness and swelling in the penis called balanitis.

Washing too hard has also been associated with swelling. Doctors also suggest avoiding powders or deodorants on your penis, as they may cause irritation. While you’re cleaning, it’s a good idea to check your testicles for lumps, a warning sign of testicular cancer.

When it comes to men’s hygiene steps that attract a potential mate, neat and well-groomed nails are high on the list. That’s why Voce stays on top of his nails, and he suggested that other men do the same. “If your nails are long enough to collect dirt, they are too long,” he says.

“Don’t forget to trim your cuticles, the flaps of skin on the sides of your nails,” Voce adds. “Also, it’s okay to use hand lotion or cream to keep them soft and prevent calluses and cracking.”

Sweaty, itchy armpits can smell bad and be a social nightmare, not to mention a serious drain on your dry-cleaning bill once your shirts start to get the dreaded yellow armpit stain.

Your body has between 2 million and 4 million sweat glands. The ones in your armpits are called apocrine glands; they secrete an oily fluid with proteins and fats. The sweat itself doesn’t smell, but when it contacts bacteria on the skin’s surface, it can stink. You can wash that smell away with soap and water and keep it at bay with daily showers.

A Guide To Skincare In Your 20s

Everything You Ever Wanted To Know About Mens Eye Creams