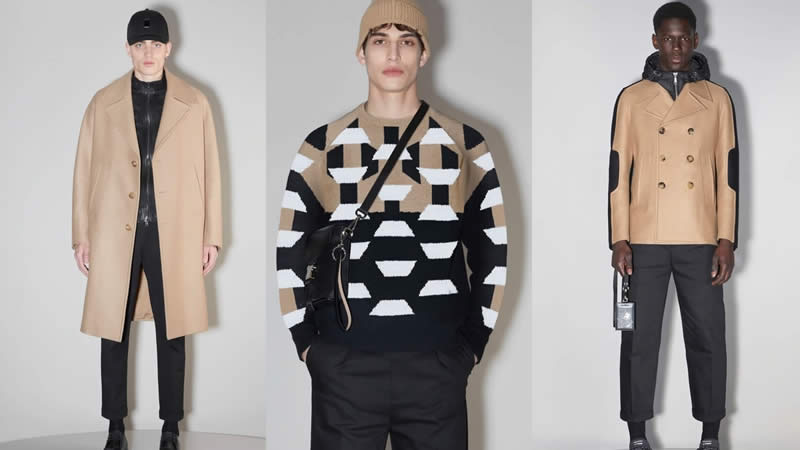 Following the end of his previous production licensing agreement, the designer is collaborating with new manufacturing companies to make the collections more accessible.

The British designer has reorganized his production to make the brand more democratic.

“It has been a dream for many years to make the label more inclusive, accessible for a wider audience,” the designer said. “I was receiving so many messages of appreciation of my clothes from so many people, who were actually not able to afford them.”

Following the end of a licensing contract with his longtime producer, Barrett had the opportunity widen the number of manufacturing partners to achieve different price points.

As the designer explained during a Zoom call, while 50 percent of the brand’s collection will remain positioned in the luxury segment, the other half will be more accessible.

“I think we found a new logical balance,” Barrett said. “I believe it makes sense for me to continue to deliver luxury investment pieces, such as suits, formal shirts and bomber jackets, but at the same time in today’s reality other categories, including casual pants, jeans, sweatshirts and T-shirts, have to be more accessible.”

While Barrett will continue to work with a longtime supplier for the luxury pieces, he found new manufacturing companies in Southern Italy offering high quality at more affordable prices. “In most of the cases, we continue to use the same high-end fabrics, and the attention to details that I’m obsessed with won’t change,” said Barrett, who decided to continue to produce most collections in Italy to avoid import charges and reduce transportation costs. “When years ago everybody decided to go abroad to produce, I wanted to stay here in Italy, and I still believe that was a great choice.”

According to the designer, this new organization will enable the brand “to achieve a completely different level.” In fact, in some categories, the designer succeeded at lowering prices by between 40 and 60 percent. “We are getting great feedback from wholesalers who will able to buy deeper in the collections,” he said.

In the past nine years, China has been the brand’s most successful country, while the best-performing market in terms of online sales are the U.S., followed by the U.K.

As the COVID-19 pandemic began to spread, Barrett focused on presenting the collections to buyers rather than to press. “I felt it was the moment to stop and reflect,” he said. “I didn’t feel like just doing what everyone was doing.” However, the designer has arrived at a clear vision of how to approach presentations in the future.

“We would love to host a runway show in June or September, hopefully in Milan,” Barrett said. But instead of showcasing his new spring 2022 collection, the designer will most probably show an edited version of the fall 2021 lineup. “For a brand of our dimension, I think it makes more sense to create runway shows targeting final customers,” he said, referring to the same strategy adopted by brands of New Guards Group, including Off-White and Palm Angels.

The designer admitted the previous licensing agreement limited the brand’s growth opportunities and with the fall 2021 season, he introduced a range of collaborations bringing new energy and commercial appeal to the brand.

They include a capsule of four puffers developed in collaboration with Massachusetts-based specialist Penfield; a collaboration with NBA player James Harden, including T-shirts and sweatshirts hitting stores this summer; a range of T-shirts, hoodies and accessories developed with Universal Studios featuring Felix the Cat; and a customized reusable bottle with SIGG that will be exclusively available at Neil Barrett’s boutiques and online shop.

Fashion-wise, Neil Barrett embraced comfort and relaxation in his fall collection, where the designer wanted to deliver “new masculine uniforms, more appropriate for the time we are living.”

The designer’s passion for 1990s minimalism emerged in the slick suits showing boxy jackets in soft fabrications, while tailored pants were made of sweatshirt textiles. Trousers were also presented with inlaid sleeves to tie around the waist and hybrid outwear designs combined a sartorial sensibility with a practical, technical feel. Color-blocked motifs appeared on sweaters, as well short-sleeved shirts. Nocturnal images of crows introduced a touch of eccentricity to the collection.

Tired of Jeans, Here’s Your Answer