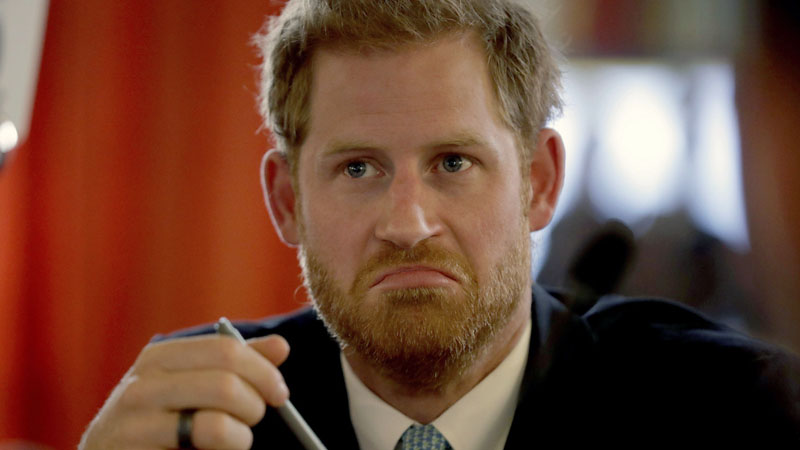 Prince Harry is happy to support his wife, Meghan Markle, as she pursues her political ambitions.

Meghan Markle’s husband, Prince Harry, is a supportive partner. He reportedly looks after their house and children while she pursues her political goals.

The Duchess of Sussex and the Duke of Sussex appeared content and happy in their home lives. According to Geo.TV, they have a happy, functional household dynamic.

However, Sussex’s setup was apparently reversed from the majority of households, where wives look after the children at home while the husbands are at work. According to reports, Prince William’s brother was left at home to take care of the household duties and watch over their children Archie, 3, and Lilibet, 1, while his wife pursues a career in politics. Prince Harry, though, is said to regularly join Markle in her engagements.

“Prince Harry’s up at the crack of dawn getting the kids fed, washed, and dressed. Meghan’s often very busy on business Zoom calls, or nipping into LA for meetings, which Harry often chauffeurs her to,” an unnamed source told Closer. “Then he’s back to the kids as soon as possible because he doesn’t like leaving them with nannies.”

The tipster added, “With all this speculation around her political career ambitions, everyone thinks Harry would be happy at the idea of being First Gentleman if she accomplishes her long-term goal.”

Royal analyst and correspondent Neil Sean gave his opinion on the relationship between Prince Harry and Meghan Markle. He believes the former Suits star is taking a “totally different avenue,” which might be a hint that she wants to go into politics.

The royal and entertainment reporter for NBC News, MSNBC, and Access Hollywood agreed that Markel should be in charge of the home and that her husband should step aside to help her.

“Prince Harry, the real royal, seems to be stepping back and becoming something of a househusband,” he said.

The report about Markle wearing the trousers in her marriage to Prince Harry is not new at all.

“She is definitely the one wearing the trousers in their relationship,” a royal insider told People after they tied the knot. “She is a strong, opinionated woman who has her own ideas about things, and that’s one of the things he loves about her.”

The duchess was criticized by royal commentator Hilary Fordwich for engaging in politics while claiming to be a royal. She claimed that the youngest son of Prince Charles was unable to control his wife because he was aware that he couldn’t act like “a renegade royal” in America. Additionally, Prince Harry grew up in a home where politics were discouraged.

Regularly check back for more information about the royal family.

Meghan Markle, Duchess of Sussex, is “heartbroken” as she recalls a private “tragedy”

Prince Harry and Meghan Markle are not going to end up old and gray together, says duchess’ brother