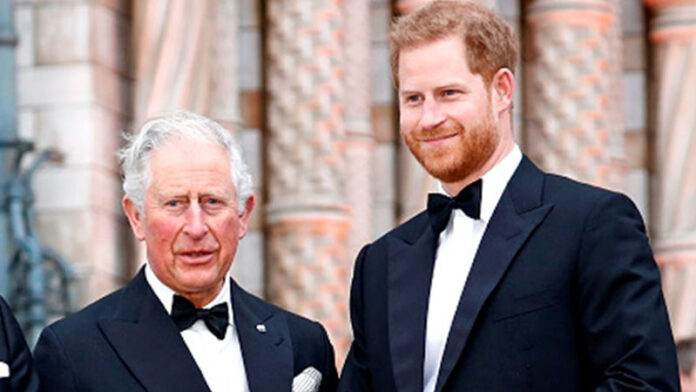 The Queen recently canceled several important public appearances due to a spell of illness, but one thing she will definitely not miss is Christmas!

Royal sources disclosed last week that Her Majesty will go ahead with her plans to host annual Christmas celebrations with her family at Sandringham next month.

According to palace sources, the 95-year-old insists it’s the “highlight of her year—and it’s more crucial than ever to her family to gather together.”

Despite the loss of her husband, Prince Philip, in April, and the departure of Prince Harry and Meghan from the royal family, nothing has dampened her spirits, according to insiders, especially because she now has four new great-grandchildren to gush over: Lucas, August, Lilibet, and Sienna.

While most of the family is happy with the news, she is still trying to convince Harry, 37, and Meghan, 40, to bring their children for their first official royal Christmas.

“The Queen is not sugar-coating this. She’s told Harry she feels this could well be her last Christmas and she wants to meet her great-granddaughter,” explains the source, who says the Queen has no ill will toward them.

One source says, “There is, of course, one condition – that Harry makes peace with his father.”

According to the Businessinsider, Prince Charles has told her that he is more than willing to forgive his son if Harry is willing to have the conversation.

The most important thing to the Queen, who is honest about her age these days, is ensuring that Charles and Harry make up.

Last week, during a video message on the first day of the United Nations COP26 climate summit in Glasgow, the monarch issued a thinly veiled warning to her family, stating, “None of us will live forever.”

“That felt extremely pointed towards Harry and his war with his father and Prince William. The Queen wants to ingrain in him the lasting damage it will do to her family if he allows this feud to continue much longer.”

Despite her increasing age, insiders explain that the Queen is a very keen observer of what’s going on.

“She knows that if Charles and Harry forgive each other, Prince William is more likely to forgive his brother, too. She feels that leaving William to become king without a sibling to support him is setting him up to fail.”

Invitations for the Queen’s Christmas celebrations are still being finalized this month, as per New Idea.

Despite family conflicts, Prince Harry and Meghan are planning to introduce their beloved daughter, Lilibet, to their family during this festive period.

Meghan Markle Reportedly Doesn’t Care What Brits Think About Her