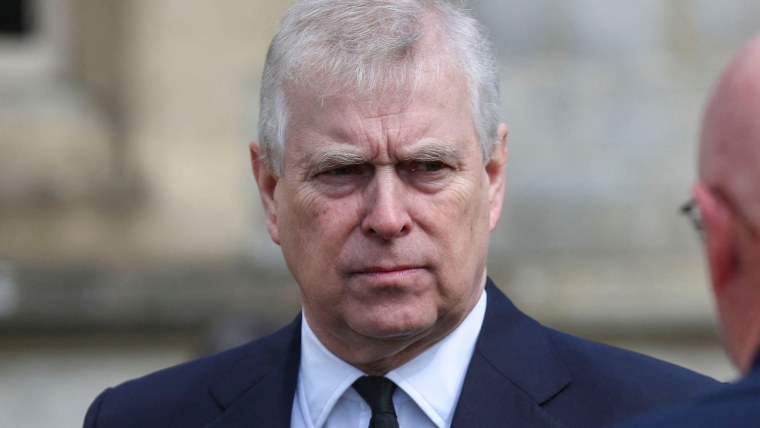 The disgraced prince has found himself in a cycle of scandal that has greatly shaken the British royal family, as he has been hit with legal proceedings following charges that he slept with a 17-year-old prostitute.

If maids for the royal family adjusted any of about 60 teddy bears stacked on top of Prince Andrew’s bed, he would suffer explosive temper tantrums and “shout and scream”, the Daily Star reported citing a new ITV documentary.

In the documentary “Ghislaine, Prince Andrew, and the Paedophile,” a former member of the Royal Protection Command Paul Page reportedly revealed that the Duke of York had a strange devotion to the collection of plush toys. According to the outlet, the former royal cop claimed that the Queen’s second son had a bed heaped high with “50 to 60” plush teddy bears, which the bodyguard allegedly saw when he had access to the duke’s room between 1998 and 2004.

“It had about 50 or 60 stuffed toys positioned on the bed and basically there was a card the inspector showed us in a drawer and it was a picture of these bears all in situ,” Page is quoted as saying. “The reason for the laminated picture was if those bears weren’t put back in the right order by the maids, he would shout and scream.”

And according to the Daily Mail’s 2019 report, these were not the only teddy bears the disgraced duke is said to be in possession of. Elizabeth Day, a journalist, interviewed the Queen’s middle son at his Buckingham Palace apartment in 2009. Day claimed she had waited for the prince in a corridor with an “oversized teddy bear squashed into a seat.”

“I remember that he found this extremely funny, even several years after the event.” she wrote in an article. “It seemed rather strange to me that a grown man should be so amused by the presence of a stuffed toy… I wondered if this was someone who had never really grown up because he had never had to. Here he was, taking up space in his mother’s house, carrying out a made-up job to keep him entertained, and still having a teddy bear his ex-wife had given him. It was weird.”

The bear was reportedly a wedding gift from Prince Andrew’s ex-wife Sarah Ferguson, who had placed the animal in the horse-drawn carriage that transported the newlyweds from Westminster Abby to their wedding celebration.

Prince Andrew is currently suspected of having intercourse with Virginia Roberts Giuffre when she was 17 years old and is now and now fully immersed in the upcoming trial. The Duke of York has consistently refuted all accusations of wrongdoing.

Dr. Shola Lashes Out At Royals For “Failing” To Apologise Or Pay Reparations To Caribbean Nations: ‘What Has The Queen Ever Done?’