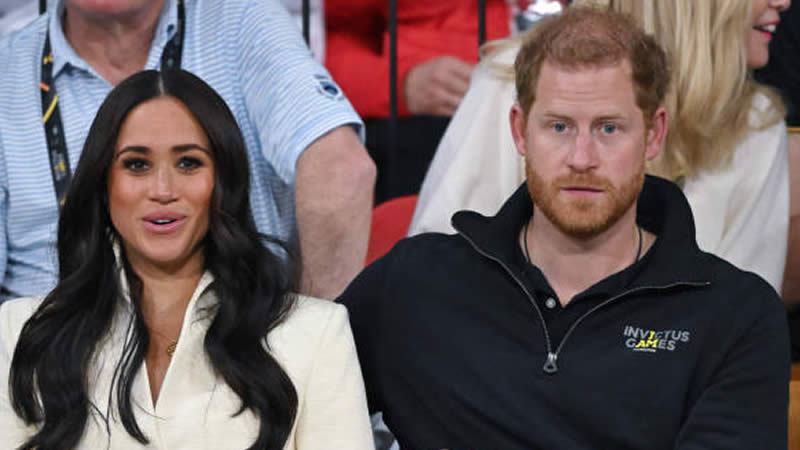 The Queen’s Birthday Parade is on Thursday, and Prince Harry and Meghan have revealed their plans to attend.

According to their spokesman, the Duke and Duchess of Sussex are “looking forward” to viewing the traditional event from the Major General’s Office.

On Thursday, they’ll have a front-row seat to the Horse Guards Parade.

The couple will watch while Charles, who is acting in place of the Queen, inspects and salutes the guardsmen and officers.

The Trooping the Colour ceremony and a balcony appearance by the Queen will take place on June 2, kicking off the jubilee celebrations.

Trooping the Colour parade will feature 1,500 officers and soldiers, plus 250 horses from the Army’s Household Division on Horse Guards Parade.

Since the beginning of King George IV’s reign, the ceremony has been staged practically every year in London to commemorate the sovereign’s formal birthday.

The flypast will be watched from the balcony by Charles, the Duchess of Cornwall, William and the Duchess of Cambridge, the Earl and Countess of Wessex, Anne, the Duke and Duchess of Gloucester, the Duke of Kent, Princess Alexandra, and Vice Admiral Sir Tim Laurence.

The Duke of York and the Duke and Duchess of Sussex will not be there since the Queen has limited the number of people who can attend to working royals.

As per Daily Mail, a six-minute performance will feature over 70 aircraft, including the Red Arrows and the Royal Air Force Battle of Britain Memorial Flight.

In honor of the Queen, over 3,000 beacons will be illuminated across the UK and Commonwealth later that evening.

Meghan and Harry have moved to the United Kingdom with their children Archie and Lilibet, who were named after the Queen.

While they are here for the jubilee celebrations, it has been speculated that Lilibet would be christened with the monarch present.

Title Archie doesn’t use after Meghan Markle and Prince Harry ‘turned it down: REPORTS