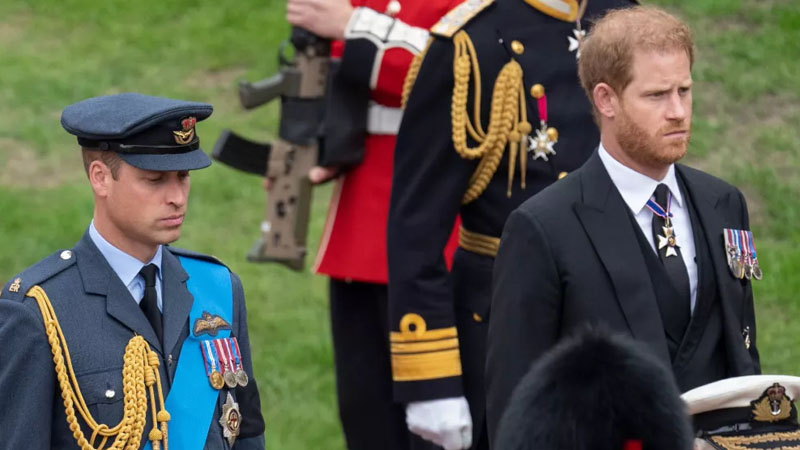 Prince Harry and his wife, Meghan Markle, were in Europe for charity events when the news of Queen Elizabeth II’s death hit them hard.

Since then, the pair have been forced to set aside their disagreements with the other royals, play nice, and make public appearances to pay tribute to Her Majesty.

The power couple has been confined to larger-than-life snubs and snafus while attending those events.

According to sources close to The Duke and Duchess of Sussex, while some of these negative events have hurt them, they have handled them all with grace for the sake of the late Queen,  James told The Sun.

All of the experiences have been positive. Friends of Prince Harry and Markle spoke positively about a chance meeting with Prince William at the Windsor estate.

It should be noted that the Sussexes live in Frogmore Cottage, whereas William, Prince of Wales, and his wife, Catherine, Princess of Wales, recently relocated to Adelaide Cottage.

The two houses are approximately 400 feet apart. Several media outlets have confirmed that Prince Harry and Markle were driving from Windsor to another location on his birthday.

Their car passed Prince William, who had just picked up his three children from school, Prince George, Princess Charlotte, and Prince Louis.

The two brothers came to a halt, reversed, and rolled down their windows for a brief private conversation.

According to a source close to Prince Harry who spoke to The Sunday Times, making contact with his older brother was weird, but they are both determined to make the truce last.

The source claimed: “… the contact with his brother had been uncomfortable and difficult for them both – but everybody is trying their best.”

During an unexpected conversation with Prince William, Prince Harry was struck with a sense of regret. The California-based royal was suddenly reminded of how close he was to his brother.

Via The Daily Mail, another insider claimed: “Harry’s brushes with his brother made him feel a twinge of regret ‘about what could have been and left him feeling that ‘it didn’t have to be this ugly’ between them.”

Along with their father, King Charles III, the brothers and their wives attended Queen Elizabeth’s funeral.

The brothers hinted during the religious ceremony that they were indeed united in grief. There was no major reconciliation, but small steps were taken through small talks and kind gestures.

Many people are hoping that it will lead to a settlement.