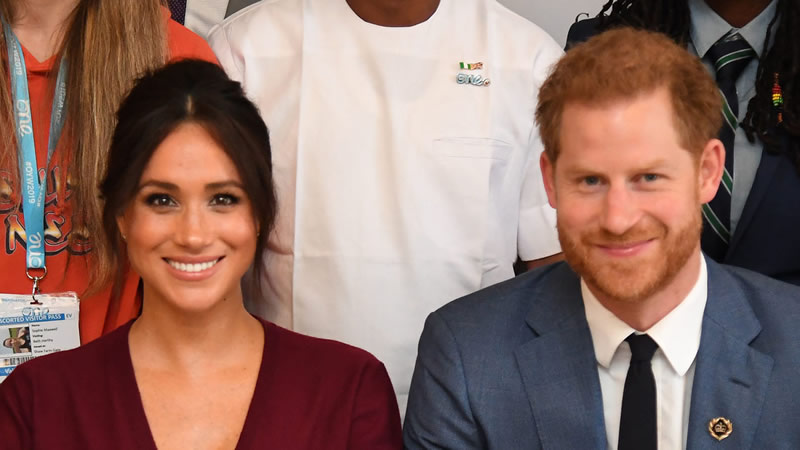 The Duke and Duchess of Sussex were snapped driving into the 70-acre property in Montecito, California, on Saturday afternoon as sources say they were at Oprah’s house for an hour

Oprah Winfrey’s £81 million mansions over the weekend were spotted being visited by Prince Harry and Meghan Markle, raising concerns that another bombshell interview may be coming.

On Saturday afternoon, the Duke and Duchess of Sussex were caught visiting the 70-acre property in Montecito, California.

Photos show Janina Gavankar, a friend and actress, sitting next to Prince Harry in the driving seat.

Unknown if either of the children were with them, Meghan was seen in the middle seat behind them with what looked to be a baby seat next to her, according to Mirror.

They claim it took them five minutes to drive from their mansion to Oprah’s.

Prince Harry can be seen operating a black Range Rover in the pictures.

According to individuals who spoke to DailyMail.com, the group stayed at Oprah’s residence for about an hour before leaving.

Although it is well known that Prince Harry, 37, and Meghan Markle, 40, are close friends with Oprah, some have questioned whether another “tell-all” interview is in the works.

Meghan and Harry made some unsettling revelations during the two-hour Oprah interview, which caused controversy.

According to the Duchess of Sussex, there are “concerns” about the skin tone of their baby Archie.

She also revealed that she had had “suicidal thoughts” and claimed that the Royal Family had rejected her requests for help during her private struggle.

Harry continued to say that William and Charles, his father and brother, are “trapped” within the absolute monarchy order.

Additionally, they revealed that they had a secret wedding before their royal weddings and that they will give birth to a daughter this summer.

It comes at a time when Prince Harry is writing a memoir.

The “intimate and heartfelt” tell-all memoir has expressed concerns that it may cause even more conflict between the Sussexes and the rest of the Royal Family.

Speaking about the real reason he’s releasing the book, Prince Harry said: “I’m writing this not as the prince I was born but as the man, I have become.

“I’ve worn many hats over the years, both literally and figuratively, and my hope is that in telling my story — the highs and lows, the mistakes, the lessons learned — I can help show that no matter where we come from, we have more in common than we think.”