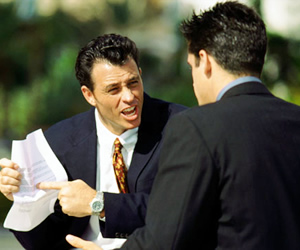 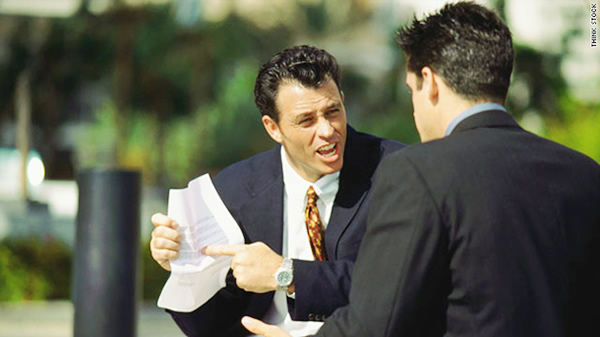 Often, we come across people who are ill-tempered, bad mannered and abusive. They can be such a pain for you at times that you feel like you might have a nervous breakdown. This problem however is common everywhere, almost in every workplace. People from different households and backgrounds come to work together in a workplace and you never know why a person is being rude or ill-mannered with you and everyone else.

Taking rude co-workers very seriously is a common problem that almost every one of us faces. It is necessary to work on the principle of “forgive and forget” regarding rude co-workers. If you start acting upon this rule, there is no chance of you turning into a complete downer at your workplace because of some rude co-workers.

The situation might persist in some cases even if you follow this simple rule. However, you need to relax and know that whatever goes round comes round. Just do not fight back and NEVER try to be abusive even if your rude co-workers are being abusive or bad to you. Try to stay calm and think of your work and undone, upcoming projects at your workplace.

Always remember that the nature has its own simple yet powerful laws and the biggest one is the law of attraction. If you start being nice to all the people at your workplace including your rude co-workers the law of attraction will work for you and your positive vibes will definitely cancel the effect of the negative vibes of the rude co-workers.

Always remember that being nice to them does not mean that you should remain quite even in necessary and important situations. Keep in mind that you all are working together in a workplace and you all have to work hard. If your rude co-workers are coming in the way of you and your work, you need to consult a friend at the workplace. Even if that does not work, you can always go and get help from the bigger authorities. Standing up for ones stance is never wrong and if the rude co-workers are coming in your way, pinpoint the issue very politely and make sure you do not lose your temper at any cost. Remember there has to be a difference between you and the rude co-workers.

You can always join them in with your work and be co-operative with them as much as you can. Give them their space and they will in turn give you yours. Participate together in everything you guys do at your workplace and never hurt anyone’s feelings even if they are rude co-workers as that can lead to the bossy behavior of the rude co-workers since some people are a bit sensitive and can easily lose their temper and become rude co-workers and that is definitely hard to handle. Remember you are not working in the workplace to settle scores with the rude co-workers.

The Most Expensive Domain Name Sold at $30.2 Million

10 Conversation Tips for your Workplace Crush

Managing Relationships in the Workplace