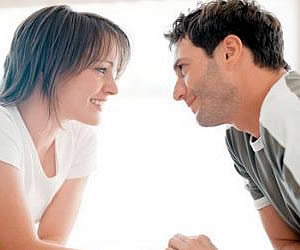 We come across a lot of people in our lives for whom we develop certain affection. Mostly one finds it easy to approach the member of opposite sex, but that case is rare. A lot many of people are scared, more specifically afraid of talking to women. It is not uncommon to have fear before having conversation with the members of the opposite sex and a very less number of people actually know how to overcome that. Here are some tips to overcome your dating fears.

What restricts many people from advancing towards members of opposite sex is the fear of rejection from them. People are simply afraid to approach others because they’re afraid that they’d be rejected. Sometimes, that can be due to the fact that one might have faced rejections a lot many times to give way to any further chances. Others just think that if rejected or not being replied, that’d simply hurt their ego and cause them to hate someone they’d never want to. It’s always ok to bring up some courage and go ahead and talk. That relieves then tension that atleast you tried.

The second in line dating menace is nervousness. Nervousness can prove to be very brutal. From sweaty hands to stammering during conversation, nervousness is a monster that must be captured and tamed before embarking on a date. It can rob the fluency of words during speech, makes one uneasy and doesn’t allow them to bring out the best they’re made of. The only cure to this is holding to one’s wits. It’s not as easy as it seems and it needs a bit practicing. See if your friends can help you out with some pre date rehearsals.

This can be one of the biggest things women are looking for in men. Confidence has the ability to cover up any of your inabilities. In fact, confidence is one of the biggest things that make women attracted towards men. Having confidence levels boosts up prior to a date is really helpful. But then, that is something that doesn’t come overnight or with booze, it comes via belief in oneself. A woman finds it easy to interact with a confident man, and this creates a relaxed environment, helping a woman judge you better. Confidence brings out the best of your personality and sets the ground for you to show out the best of your character.

What a flirty girl looks for!