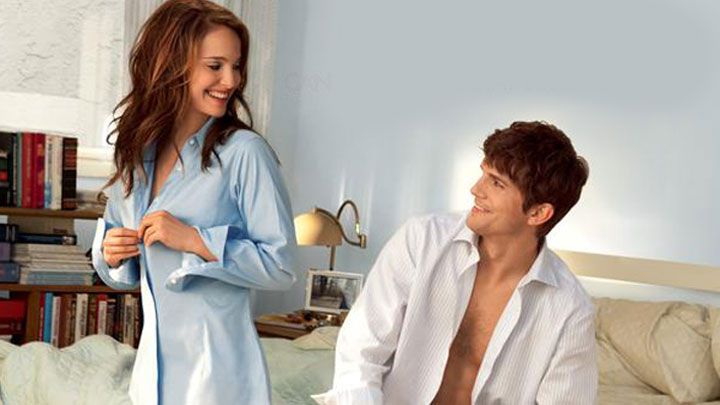 Only having sex at night is like only having sex in your bed or only having sex if the lights are off. Yeah, I’ll say it — boring. But getting it on in the a.m. isn’t just a way to break out of your sex routine, it actually has a ton of physical and emotional benefits. So, stop hitting snooze and spend those 20 extra minutes hitting it instead.

1. Because, seriously people, what better way to start the day? If what you do at the beginning of your day sets the tone for the rest of it, then having an orgasm is pretty much the best possible way to usher in another 24 hours of life. According to one study, having sex in the morning can make you feel upbeat for the rest of the day. “Having sex in the morning releases also oxytocin, also known as the cuddle hormone,” says sexpert Emily Morse. “Oxytocin makes you feel more connected with your partner and more loved. These warm feelings will stay with you throughout the day, or at least throughout the morning commute.”

2. Because you have an excuse to be lazy (and have bad breath). If you’re too tired to get on top (or get it on at all) at night, you’re a sloth. If you’re too tired to hop on in the morning, that’s reasonable because you’re still half-asleep, maybe waking from a dream where Ryan Gosling took his shirt of just for you. Plus, you can be at your grossest — eye boogers, stank breath, smelly from night sweats — and it’s fine because you just woke up. Just do doggie style or spooning positions, suggests sexologist Megan Stubbs, Ed.D., to keep the aforementioned offences at bay on both sides.

3. Because it allows you to stay in bed just a little longer. Can’t argue with that.

4. Because then you won’t feel bad being too tired for sex at the end of the day. For those of us in long-term relationships, sex —no matter how mind-blowing — tends to fall to the bottom of one’s list of to-dos, right after “catch up on Boardwalk Empire” and “stare at wall.” Getting it on in the morning gets your sexytime out of the way so you won’t feel guilty or lame for not humping before bed.

5. Because it won’t actually make you late for work. You and your partner probably want to shower anyway, so cut down on time by showering together and get dirty (whaaaaaat) before you get clean. “For the best water sex position, bend over while he enters from behind,” Morse says. Avoid slipping and falling by holding onto a wall or shower door, or putting one of

6. Because swallowing allegedly cures morning sickness. This is somewhat dubious research, but some professor from SUNY-Albany claims that sweet, delicate taste of sperm helps ease pregnant women’s desire to vomit first thing in the a.m. Or you could just be like, “I’m pregnant, you do me,” and be done with it.

7. Because it keeps you healthy. According to research, morning sex can actually strengthen your immune system by boosting your levels of IgA, an antibody that protects against infection.

10. Because everyone is doing it. Okay, not everyone but a solid 34 percent of people prefer to make love in the morning than any other time, according to one poll. Probably that percentage of women bought wedge sneakers over th last year, you know?

Drinks That Can Help You Lower High Cholesterol

Marriage: How to have Strong Marriage Relationship