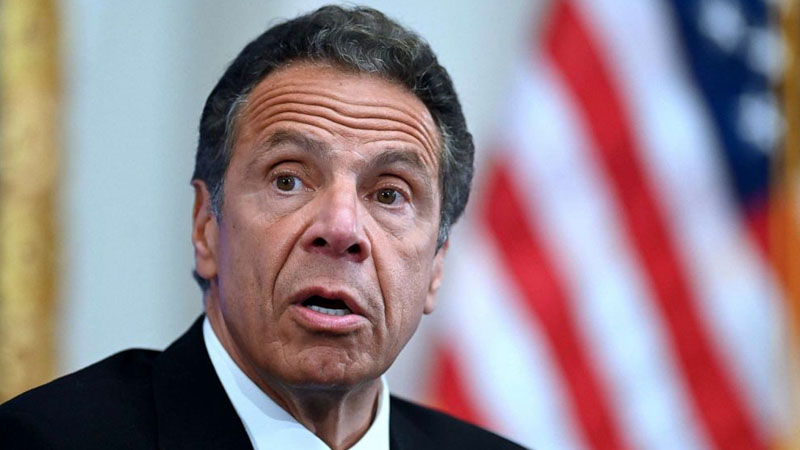 It may seem hypocritical for someone who is awaiting arraignment on forcible touching charges in less than two months to speak about innocence and guilt, especially when Cuomo himself has denied the accusations.

Ex-New York Governor Andrew Cuomo has been slammed online after he shared a tweet openly criticizing the non-guilty verdict for 18-year-old Kyle Rittenhouse in connection with the Kenosha shooting.

On Friday, Rittenhouse was acquitted on all charges over the shooting of three men during anti-racism riots last year, which was eventually deemed as self-defense by the jury.

In particular, Cuomo’s choice of words sparked anger from netizens, who considered he was not the most suitable person to speak about matters of morality, given all the scandals and controversies surrounding the ex-official, who was accused of harassing at least 11 co-workers during his tenure as NY governor.

“Yeah it was designed to protect you from sexual assault accusations, right bud?”, one user wrote referring to Cuomo’s comments on the US justice system.

“he prefers his dead to be innocent seniors, not violent criminals,” another netizen tweeted, referring to the nursing home scandal, in which Cuomo has been accused of hiding over 50,000 coronavirus-related deaths at NY nursing homes.

You Were Not Hacked,’ Joe Giudice Slams Fake Death Post

Biden will face far-left opposition in 2024: Renominating him would be a “tragic mistake”

Biden Lets Cat out of the Bag About the ‘Second Pandemic’: “We are in process of making up my mind”